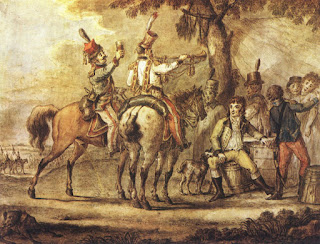 Two papers are presented for your reading delight today, both based on the often contentious issue of heavy metals and autism.

The first paper is from Farida El Baz Mohamed and colleagues [1] (open-access available here) and further substantiates the claim that for whatever reason(s) the levels of various heavy metals seem to be increased or raised in some children diagnosed with an autism spectrum disorder (ASD). The second paper by Janet Kern and colleagues [2] (open-access available here) provides results based on a systematic review of the literature on one specific heavy metal, mercury (Hg), with autism in mind and concludes that: "of the studies with public health and/or industry affiliation, 86 % reported no relationship between Hg and ASD" whilst "among studies without public health and/or industry affiliation, only 19 % find no relationship between Hg and ASD."

The Mohamed paper continues a theme that for some on the autism spectrum (remember: the autisms) there may be quite a bit more to see when it comes to the burden of heavy metals (see here). Based on hair analysis for various heavy metals - "mercury, lead, and aluminum" - researchers looked at samples from 100 children diagnosed with ASD compared with 100 age- and gender-matched controls. "Comparison between cases and controls as regards heavy metal levels shows that the mean levels of the three toxic heavy metals in hair were significantly higher among the studied ASD cases than the controls" was the primary finding. The authors further report that said heavy metal findings correlated with "maternal fish consumptions, living nearby gasoline stations, and the usage of aluminum pans" and that: "Environmental exposure to these toxic heavy metals, at key times in development, may play a causal role in autism."

I know that to talk about issues with mercury for example, can be a contentious topic with autism in mind but as uncomfortable as it might be to accept, there is some evidence of a 'connection' between elevated levels of the stuff and at least some autism (see here). The link is not, I might add, seemingly generalisable to all autism (see here) but for those children/adults presenting with elevated levels of this heavy metal, further inspection is warranted save any further health inequalities appearing when the label of autism is discussed. As to the suggestion of a connection between some autism and lead (Pb) exposure, well, again this is not the first time that this has been mentioned in the peer-reviewed literature following a more general assertion that there is nothing very good to come from when lead and children in particular meet (see here).

The paper by Kern and colleagues pours further fuel on to something of an on-going debate in some autism circles about how much factors such as conflicts of interest and research transparency may impact on autism research. Focused specifically on the issue of mercury and autism (again), the authors argue that public health or pharmaceutical industry affiliation seems to show something of a potential relationship with study outcomes when it comes to mercury and autism research. So: "over 80 % of the studies without public health or industry affiliation found evidence a relationship between Hg exposure and ASD." This contrasted with something quite a bit less when it came to studies with a public health or industry affiliation slant. Further: "The dramatic discrepancy in these results... provides evidence of biased outcomes, indicative of a conflict of interest."

The authorship group involved in the Kern paper have something of a peer-reviewed research history when it comes to this topic [3] including independent findings that hair levels of mercury might show an association with autism [4]. Their mention of mercury related compounds found in certain vaccines [5] as potentially showing a correlation with risk of autism makes for controversy in some quarters in view of the 'hot potato' that such as association has become down the years.

Appreciating that whilst the Kern findings report something of a connection between affiliations and research outcomes, I'm hard-pressed to suggest that this is hard evidence of some sort of deliberate scheme to exonerate mercury of any potential role in the very wide autism spectrum. Taking for example one paper that is cited in the Kern analysis - the paper by Barry Wright and colleagues [6] - which I've discussed before on this blog (see here) who found no overall connection between urinary mercury levels and autism, they did also call for further research in this area in light of 'outliers' being reported in their autism and their learning disability group. To quote: "further research is warranted to better understand whether a subgroup with autism or learning disabilities have mercury poisoning or excretion difficulties." In these days of plural autism (see here) one can see the logic in such a suggestion.

[5] Geier DA. et al. A two-phase study evaluating the relationship between Thimerosal-containing vaccine administration and the risk for an autism spectrum disorder diagnosis in the United States. Translational Neurodegeneration. 2013;2:25.

[6] Wright B. et al. A Comparison of Urinary Mercury between Children with Autism Spectrum Disorders and Control Children. PLoS ONE. 2012;7(2):e29547.