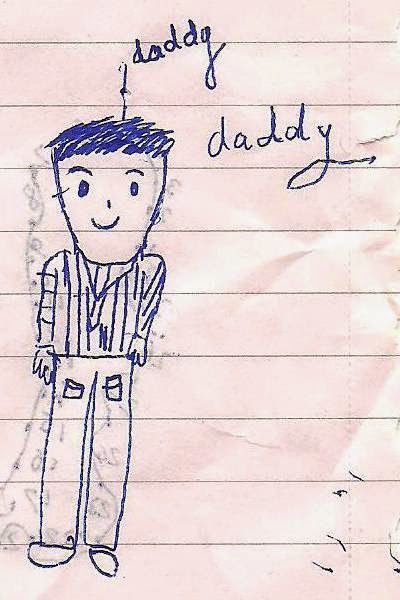 "These data suggest that epigenetic differences in paternal sperm may contribute to autism risk in offspring."

So said the preliminary study results published by Jason Feinberg and colleagues [1]  (open-access) looking at "paternal semen biosamples obtained from an autism spectrum disorder (ASD) enriched-risk pregnancy cohort, the Early Autism Risk Longitudinal Investigation (EARLI) cohort." Researchers analysed 44 semen samples to ascertain whether DNA methylation differences - one type of epigenetic mechanism - might be linked to "prospective ASD development" in offspring. Said potential development of autism in offspring was measured via scores at 12 months on the Autism Observation Scale for Infants (AOSI), a schedule designed to "detect and monitor early signs of autism as they emerge in high-risk infants."

Based on some nifty technology looking at "genome-wide DNA methylation (DNAm)" Feinberg et al reported various differentially methylated regions (DMRs) in semen samples associated with offspring infant scores on the AOSI. In all, 193 sites were located where methylation was upregulated or downregulated, some of them clustering "near genes involved in developmental processes." Just in case you're still a bit baffled by all this talk of DNA methylation and what it means, I might refer you to some chatter in another area of medicine [2] and how for example, hypermethylation of a genetic site normally means gene silencing. DNA methylation might also have important implications for genetic stability too [3].

Further to their methylomic analysis of semen samples, researchers also "examined associated regions in an independent sample of post-mortem human brain ASD and control samples" to complement their study. They reported "consistent differences in the cerebellums of autistic individuals compared with controls" as a function of probes covering those "AOSI-associated DMRs" previously discussed. In summary, epigenetic differences in paternal semen DNA might transmit to offspring at-risk for autism, and that epigenetic profile may also tie into epigenetic differences found in specific brain sites of some of those diagnosed with autism. I might add that we had seen some hint that this work was coming as per some interesting data from this group presented at IMFAR 2014 (see here).

Epigenetics is an emerging area when it comes to autism research (see here). I've tried to cover quite a bit of the research with autism in mind including other studies of the methylome (see here) and some of that previous research on brain epigenetic differences potentially being linked to autism (see here). It is a complicated area and easily over-hyped, but what is perhaps so attractive about epigenetics tied into autism (and in many other conditions/labels) is the focus on gene function over and above just structural changes to the genome (and their effects) as per more traditional genetics looking solely at mutations such as SNPs. The idea is that those chemical changes to the genome described by epigenetics, affecting gene function, might bridge the gap between genetics and environment that has plagued autism research down the years (see here). That such epigenetic changes may be amenable to 'alteration' is also an interesting prospect for many people.

The Feinberg results are pretty exciting and further open up many areas of epigenetic research to autism including whether factors such as age or environmental exposure(s) might affect paternal methylation patterns (see here and see here respectively) and onwards offspring autism risk. I have to caution though that the current results were based on quite a small number of participants and covered only one part of the epigenomic landscape. Those epigenetic changes noted by Feinberg et al also need to be replicated before anyone gets ahead of themselves with the findings, bearing in mind the heterogeneity of the autism spectrum and all that elevated risk of various comorbidity (see here) potentially also coming into play.