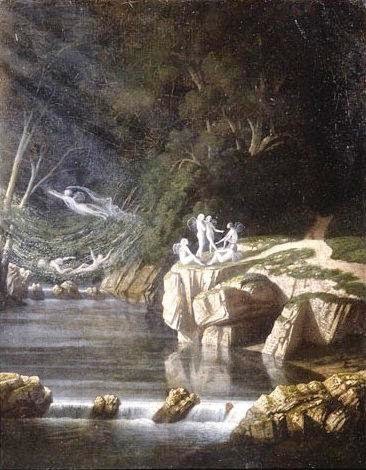 The findings reported by Steve Kisely and colleagues [1] were of some interest recently and their assertion that despite cancer incidence being "the same as the general population for most psychiatric disorders" or even slightly reduced when a diagnosis of schizophrenia was for example received, mortality due to cancer was "increased in psychiatric patients."

Such findings were based on their examination of: "Mental health records [that] were linked with cancer registrations and death records from 2002 to 2007." It follows other work from these authors in this area including that looking at the gap in life expectancy 'from preventable physical illness in psychiatric patients' [2].

Head-scratching (no, not for that reason) aside as to why cancer should be more deadly for those diagnosed with a psychiatric condition, the authors suggest that lifestyle factors such as alcohol or tobacco use probably wouldn't account for the quandary presented. One suggestion however - "inequity in access to specialist procedures" - does invite further investigation on the back of what has been previously reported in the area of psychiatric diagnosis and health inequality (see here for example).

Indeed, 'disparities in cancer-related healthcare provision' was also one of the explanations put forward by one researcher who replied to my tweet about the Kisely paper (and he should know) complete with reference to research backing up this claim [3]. The Mitchell paper found that: "Rates of mammography screening are lower in women with mental illness, particularly women with SMI [severe mental illness]." Whilst this only covers one type of cancer and one type of screening method, the idea that cancer screening and treatment resources may be 'failing' those with a psychiatric diagnosis is an important one also covered by other researchers [4]. Indeed, Martens et al suggested that "good continuity of care by primary care physicians" may mitigate the issues like screening uptake and the idea of a more 'joined-up' service delivery between psychiatry and other branches of clinical care.

Of the various messages to come from the Kisely findings, I'd like to think that a primary one is that of psychiatric diagnoses not appearing in some sort of clinical vacuum with regards to other symptoms and conditions being present and what effect they can have on quality of life. As per my ramblings about autism and the wide spectrum of comorbidities that can and do impact on health and quality of life, we need to be mindful of how presentation of behavioural / psychiatric symptoms can impact on the presentation and treatment of other conditions, many of which are perfectly treatable / manageable in modern medicine.

But the question is not completely answered [5]... and one wonders whether the findings from Minna Torniainen and colleagues [6] on a potential 'protective effect' from antipsychotics on early mortality in cases of schizophrenia might also bring some potential explanation(s) to the table?

Kisely S, Forsyth S, & Lawrence D (2015). Why do psychiatric patients have higher cancer mortality rates when cancer incidence is the same or lower? The Australian and New Zealand journal of psychiatry PMID: 25829481
Posted by Paul Whiteley at 08:52