The kynurenine pathway and some autism 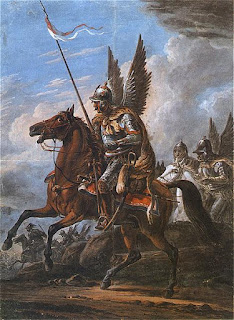 "Our data indicated that there were alterations to the KP [kynurenine pathway] in ASD [autism spectrum disorder]. Specifically, increased production of the downstream metabolite, quinolinic acid, which is capable of enhancing glutamatergic neurotransmission was noted."

Those were some of the rather interesting results reported by Chai Lim and colleagues [1] suggesting that when it comes to tryptophan metabolism in relation to autism, the continued sole focus on serotonin and melatonin (see here) might not be the best overall research strategy.

Detailing results based on the examination of an: "Immunological profile and the KP metabolic signature" for a small group of Omani children diagnosed with autism (n=15) and their "age-matched healthy siblings" (n=12), researchers reported their findings. That specific detail about "increased production of the downstream metabolite, quinolinic acid" may indeed be an important one given connections with things like activated microglia for example [2] and the rise and rise of the 'constant gardener' with autism in mind (see here).

Obviously further studies are required to confirm the Lim findings in light of converse findings [3] (albeit reported in cerebrospinal fluid). Mention that their results might "help rationalize the efficacy of sulforaphane treatment in ASD" (yes, broccoli sprouts and autism) is another aspect in need of further investigation in these days of plural autisms (see here) and a focus on 'best' and 'non' responders to the various intervention strategies put forward with autism in mind (see here). One might also need to further expand the links between autism and schizophrenia on the basis of any kynurenine-glutamatergic link (see here).

I might finally add that as quite a fan of the need for more research into the aromatic amino acids (tryptophan, tyrosine and phenylalanine) when it comes to a label like autism (see here), I'm also of the opinion that what goes on in our deepest, darkest recesses might also be a place to look when it comes to this research. Those trillions of wee beasties that call our gut home - the gut microbiota - may seemingly have quite an effect on some of the processes involved in something like tryptophan metabolism (see here) an onwards the (bio)chemistry of how the kynurenine pathway might tie into at least some autism. Investigation of the mechanism pertinent to such processes and whether 'changing' the gut microbiota environment might impact on them, seem to be important areas of further work. Oh and speaking of tryptophan metabolites, I'll be coming to the findings reported by Dieme and colleagues [4] quite soon...

Music: Oliver Cheatham - Get Down Saturday Night (although I was slightly underwhelmed by the film Ex Machina).