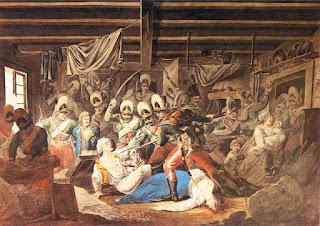 That was the conclusion reached in the study by Kathryn Corvey and colleagues [1] looking to: "examine obesity, overweight, physical activity, and sedentary behavior among children and youth with and without ASD using nationally representative data and controlling for secondary conditions, including intellectual and learning disabilities, ADHD, developmental delay, and other mental, physical, and medical conditions, as well as medication use."

Detailing results based on information gathered from the 2011-2012 National Survey of Children's Health whereby households of some 65,000 children between the ages of 6 and 17 years were quizzed about various physical and emotional health related matters, researchers specifically focused on some 1300 children with a reported diagnosis of ASD. Various confounding variables including those 'secondary conditions' were taken into account in their quite detailed analyses.

Results: following a trend noted in other peer-reviewed research (see here), the authors reported that a diagnosis of ASD was associated with elevated odds of being obese. But... when it came to adjusting their analyses for the presence of some of those secondary conditions "ASD diagnosis was no longer associated with obesity."

This is interesting stuff. In line with some of the shifts in thinking about autism these days - including plurality, comorbidity clusters and the idea of differing developmental trajectories - the Corvey results imply that more care is needed before making sweeping generalisations about how 'all' autism is linked to obesity or related issues. This comes at a time when other research has talked about the timing of weight issues when it comes to autism [2]. Allied to previous research more generally looking at obesity in learning disability [3] the message is becoming a little clearer that a variety of factors 'around' autism might be the important risk issues for something like obesity or being overweight including various social factors linked to physical activity levels too (see here).

Quite recently I've also become rather interested in the peer-reviewed research related to ADHD (attention-deficit hyperactivity disorder) and obesity (see here) and some of the clues emerging there that are potentially relevant to some autism. Allied to what is known about the 'anthropometric' effects of certain types of medication used by some on the autism spectrum (see here), and it appears that risk of obesity and being overweight in relation to autism is at last getting the 'no sweeping generalisations needed' handling that it truly deserves.