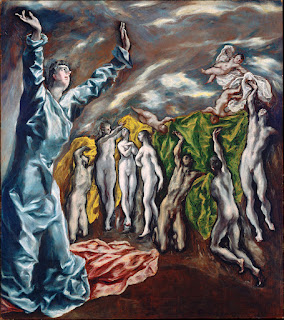 In a post a while back (see here) I talked about the important, but sometimes confusing, research on a possible role for p-cresol (4-methylphenol) in relation to autism.

This potentially important aromatic compound has cropped up more than once in the autism research literature [1] although not necessarily in a universal direction. In my previous post, I called for 'further research' into the possibility of a relationship between p-cresol and autism and lo and behold, today I'm going to be discussing some further work...

The work in question is that published by Stefano Gabriele and colleagues [2] who sought to "investigate the mechanism producing elevated urinary p-cresol in ASD [autism spectrum disorder]." To do this and alongside measuring levels of urinary p-cresol, researchers "assessed for (a) presence of Clostridium spp. strains in the gut by means of an in vitro fecal stool test and of Clostridium difficile-derived toxin A/B in the feces, (b) intestinal permeability using the lactulose/mannitol (LA/MA) test, (c) frequent use of antibiotics due to recurrent infections during the first 2 years of postnatal life, and (d) stool habits with the Bristol Stool Form Scale" in 53 children with ASD. The Clostridium difficile bit to their study is based on the idea that this bacterium can convert the aromatic amino acid tyrosine into p-cresol under certain conditions [3].

Gabriele et al reported that: "Chronic constipation was the only variable significantly associated with total urinary p-cresol concentration" and that: "No association was found with presence of Clostridium spp. in the gut flora (P = 0.92), augmented intestinal permeability (P = 0.18), or frequent use of antibiotics in early infancy (P = 0.47)." Some readers might note that the correlation between urinary p-cresol levels and "augmented intestinal permeability" came closest to significance although with no statistical significance cigar.

I was rather interested in how chronic constipation and by virtue, slow intestinal transit, might figure in some relationship between p-cresol and autism. I've previously discussed the paper by Ridha and colleagues [4] (see here) and how: "Neuropsychiatric disorders, in particular autism, are useful predictors of STC and FFR [Slow transit constipation and functional fecal retention] in children." This building on a sizeable volume of work suggesting that functional bowel complaints (see here) and more pathological bowel disease (see here) are over-represented when it comes to autism.

The idea that the longer the intestinal transit time, the longer food and other material spend inside the body and hence available for longer for certain types of gut bacteria to 'go to work on them' is an interesting one. Although a fan of how our gut bacteria may be doing so much more than just helping digest food (see here) I can see the downside to this when it comes to the 'wrong' type of bacteria (or other components) perhaps having access to a food supply longer than they normally should or without the required competition for said food. The idea that the appearance of a compound like p-cresol might have some of its roots in how long intestinal transit time typically occurs offers not only a roadmap for further, more detailed study but also a potential way in which elevated levels of this "uremic toxin" might be lessened assuming a more typical intestinal transit time can be affected. Indeed, if one considers that certain probiotics might do more to aid gut transit time [5] than anything else, one gets a flavour for where such studies with autism in mind might end up heading including with other related uremic compounds and autism in mind (see here).

Music: Bonfire night here in the UK tonight. So what else but V (for Vendettta) - 'Good evening London'.