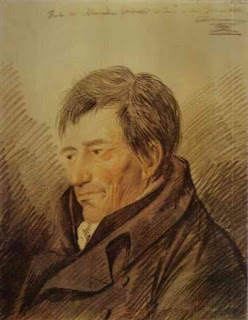 OCD in the title of this post, refers to obsessive compulsive disorder and the intriguing observation put forward by Arildskov and colleagues [1] suggesting that: "Pediatric OCD patients were found to exhibit elevated rates of ASD [autism spectrum disorder] symptoms compared to a norm group of school-age children."

Taking advantage of data collected as part of the Nordic Long-term OCD Treatment Study and specifically where "parents of 257 children and adolescents with OCD aged 7-17 completed the Autism Spectrum Screening Questionnaire", researchers looked at the possible manifestations of autism traits in their participant group. As per the opening paragraph, there was potentially more to see in this area. The authors added: "ASD symptoms were concentrated in a subgroup with a prevalence of 10-17 %" and further: "This subgroup was characterized by a male preponderance."

Bearing in mind the authors' use of the term 'subclinical' when it came to the description of autism traits in their OCD group, this is interesting research. Quite a few moons ago I took to writing about OCD and autism on this blog (see here) and the question of whether overlap between OCD and autism is just that or rather the two labels should be seen as more discrete conditions. I don't think I actually arrived at a specific answer in that previous post; just that papers such as the one from Francisca van Steensel and colleagues [2] reporting that ~17% of their cohort with autism met criteria for OCD mean that clinicians should be aware of the possibility of a connection.

Alongside other research suggesting that autistic traits are probably over-represented in quite a few clinical labels (see here for example) there are some important lessons that can be perhaps learned from such work. Invoking the paradigm of ESSENCE (see here) and specifically that the signs and symptoms of autism rarely appear in some sort of diagnostic vacuum (even clusters) I'd be minded to suggest that when it comes to assessments for autism for example, inclusion of various other screening instruments pertinent to other diagnoses might be something to consider...