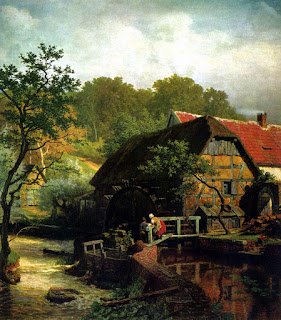 "Pandemic influenza A (H1N1) infection was associated with a more than two-fold increased risk of CFS/ME [Chronic fatigue syndrome/myalgic encephalomyelitis]."

That was the headline finding from the study by Per Magnus and colleagues [1] looking at whether large population data might provide some clues about 'associated' variables when it comes to the various debilitating conditions headed under the terms CFS/ME.

I'm blogging at a slight disadvantage with regards to the Magnus study because I don't yet have the full-text paper. Looking at the source data - "Using the unique personal identification number assigned to everybody who is registered as resident in Norway" - and observing some notable names on the authorship list, I'm inclined to suspect that this study might have some MoBa undertones (see here) bearing in mind the focus on the "complete Norwegian population" not just pregnant women and their offspring. Indeed, other research from this authorship group provides some further clues about data derivation [2].

Focusing on those specifically diagnosed with CFS/ME - "diagnostic code G93.3 in the International Classification of Diseases, Version 10" researchers calculated hazard ratios (HRs) for CFS/ME "after influenza infection and/or vaccination." A few details emerged including:

The first thing that struck me about these findings was the 'overlap' noted with a familiar concept to this blog: maternal immune stimulation and offspring outcomes. This is the idea that immune 'stimulation' during critical periods of pregnancy might have the propensity to affect offspring developmental outcomes in a behavioural fashion (see here for example). Two of the big names in this area (Alan Brown and the late Paul Patterson) wrote rather a good review of this area focused on how some of the tools of public health such as vaccination might already be affecting the risk of development/onset of schizophrenia in relation to the maternal immune activation (MIA) model [3] with viruses such as influenza in mind. More detailed work is of course indicated.

Without trying to equate CFS/ME with schizophrenia or any other related label, I do find it interesting that infection and the associated biological response associated with it, might show some 'connection' to CFS/ME in the same/similar way that such biology might also be involved in priming a person for later-life schizophrenia. If we've learned anything about CFS/ME this year aside from it being 'a real illness' (see here if you really needed telling) it is that in amongst the multitude of findings on the condition, there is some really interesting 'immune-related' features coming through (see here). I know the term 'immune-related features' covers a lot of ground but alongside the already tantalising idea that infection is linked to CFS/ME onset (see here) (why else would it be also referred to as post-viral fatigue syndrome), I'm talking about how infection and response to infection might so severely impact on a person and what could be done to potentially prevent it.

Further work is indicated on the basis of the Magnus findings including a focus not just on influenza and CFS/ME but other biological agents such as the really, really interesting prospect of a connection between cases of CFS/ME and acute enterovirus infection [4] for example. Assuming that genetic make-up probably plays an important role in the handling of such viruses in relation to labels like CFS/ME, I'd like to think that research is heading in the right direction to offer viable prevention / treatment options for such devastating disorders bearing in mind the heterogeneity present [5]...