Recurrent antibiotic exposure and risk of depression and/or anxiety? 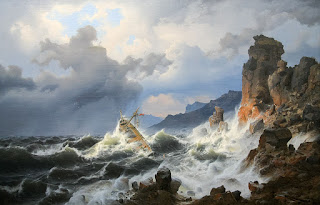 Accepting the notions that (i) correlation is not necessarily the same as causation and that (ii) case-control observational studies in particular are not the best way to ascertain whether A causes B, I was rather interested in the findings reported by Ido Lurie and colleagues [1] and that: "Recurrent antibiotic exposure is associated with increased risk for depression and anxiety but not for psychosis."

Starting from the idea that: "Changes in the microbiota (dysbiosis) were suggested to increase the risk of several psychiatric conditions through neurologic, metabolic, and immunologic pathways", y'know, the old microbiota-gut-brain axis that everyone seems to be talking about these days (see here), researchers set about looking at how one particular set of agents - antibiotics - known to affect the balance of the trillions of wee beasties that call out gut home, might play a role in said relationship. Analysing "3 nested case-control studies during the years 1995–2013 using a large population-based medical record database from the United Kingdom" Lurie et al pulled in several thousand participants ("202,974 patients with depression, 14,570 with anxiety, and 2,690 with psychosis and 803,961, 57,862, and 10,644 matched controls"). Receipt of antibiotic therapy - 1 of 7 antibiotic classes - more than 1 year before an index date was the "primary exposure of interest" taking into account various other potential confounding variables.

The results: "Treatment with a single antibiotic course was associated with higher risk for depression with all antibiotic groups." The risk, or rather odds ratios, wasn't massively increased but given the participant numbers was deemed significant enough to report. Further, the risk stats increased when multiple antibiotic exposures figured, potentially indicating something of a dose-dependent relationship. Authors also noted that further attention to the use of anti-fungal medicines might also figure in any further research in this area.

Going back and reiterating the caveats with which I started this post, these are interesting results. The idea that the various bacteria, fungi and viruses that inhabit our gut might be doing much more than we ever truly realised is gaining some significant research traction these days (see here for example). Yes, we have to beware of the hype and inevitable sweeping generalisations that accompany the whole 'gut bugs doing more than digesting food' mantra but data are data and this recent data strengthens the calls for more research inspection in this area including on the longer-term effects of 'swallowing a grenade'. I might add that facets of the gut bacteria and depression have been talked about before in the research literature (see here).

Although perhaps not looking at precisely the same aspect of the gut bacteria - behaviour link, it is timely that the Lurie paper coincides at the time of writing with some new reports coming out of this years Society for Neuroscience (SfN) conference. The headline ran with: "Probiotic bacteria may aid against anxiety and memory problems" highlighting some interesting results on the use of a daily capsule containing Bifidobacterium longum 1714 on aspects of mild anxiety and other parameters. What this and other research suggests is that when it comes to mental health and wellbeing, it may be advisable to pay due consideration to the idea of a 'gut feeling' alongside the idea that supplementing with probiotics or even eating certain foods (see here) might actually be heading to a psychiatrist near you...

Music: Saint Etienne - Nothing Can Stop Us.