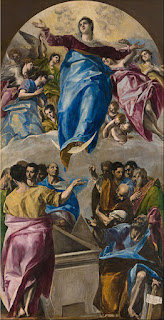 Measuring 23 metabolites "reflecting potential exposure to organophosphorous (OP), pyrethroid, and other pesticides used in homes and agriculture" via everyone's favourite analytical method (LC-MS) and specifically "tandem mass spectrometry", Bradman et al observed that: "An organic diet was significantly associated with reduced urinary concentrations of nonspecific dimethyl OP insecticide metabolites and the herbicide 2,4-D in children." If I had a beef with any part of the Bradman study outside of the fairly small participant group, it would be that the reliance of urinary excretion of pesticide residues might not necessarily show the whole story, as per what data one might get from the use of other biofluids such as blood samples too or even analysis of fat biposies (recognising how invasive these can be).

These are interesting findings added to other similar research on this topic [2] looking at adults. Not only do they point to the idea that there is persistent low level exposure to pesticide residues in food but also that changes in food consumption patterns may affect such exposure events. That's not to say that food is the only way that pesticide exposure might occur, as per the findings of differences among children living in urban vs. agricultural communities (where those living in more agricultural areas generally had higher levels of some of the more frequently detected pesticide metabolites). But dietary change encompassing an organic diet did seem to lead to reductions in certain pesticide metabolite excretions irrespective of geography.

Accepting the often valuable reasons why pesticides are used in the first place, I don't think many people would argue with the idea that pesticide exposure should be limited, particularly in respect of children and their developing bodies and minds [3]. Allied to the idea that organic food might also confer other benefits in terms of nutritional quality (see here) and lower levels of fairly toxic metals such as cadmium [4], there seems to be common sense in rethinking some aspects of agriculture for certain groups. That the genetics of pesticide metabolism may also play a role [4] as per discussions about PON1 (paraoxonase/arylesterase 1), is also an important point and how childhood relates to PON1 activity among other factors [5]. Indeed, to answer the question posed in another paper [6] yes, there may indeed be some benefits from an organic diet for children...

Music: Adele - Rolling in the Deep.