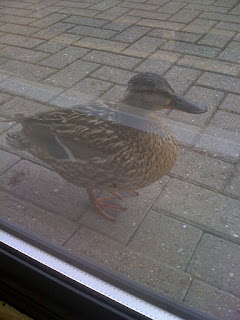 That's right. Yet again Taiwan continues to give when it comes to research based on that very useful national health insurance program. Regular readers will already know that I'm a fan of this resource. This time around the results come in the form of the paper published by Yao-Tung Lee and colleagues [1] (open-access) who suggested that: "Clinicians should pay particular attention to psychiatric comorbidities in IBS [irritable bowel syndrome] patients."

Based on an analysis of nearly 5000 people diagnosed with IBS - a chronic condition affecting the digestive system "defined according to the ICD-9-CM code 564.1" and only including patients "who were diagnosed by gastroenterologists and had at least two consensus IBS diagnoses" - researchers set about looking at whether IBS may be associated with an elevated risk of various psychiatric disorders. A matched non-IBS control group was also examined (n=18,756) to determine whether various psychiatric diagnoses including schizophrenia, bipolar disorder and anxiety disorder were over-represented in the IBS cohort.

Lo and behold, after some statistical analysis there was some indication of a greater frequency of psychiatric disorder diagnosed in the IBS group. Following the IBS group for quite a few years "the most common subsequent psychiatric disorders were depressive disorder (239 patients), anxiety disorder (205 patients), and sleep disorder (153 patients)." The incidence rates for these conditions and bipolar disorder were "all significantly higher for the IBS cohort than for the comparison cohort." The bottom line: "the incidences of subsequent depressive disorder, sleep disorder, anxiety disorder, and bipolar disorder were significantly higher in the IBS cohort than in the control cohort. However, the incidence of schizophrenia was statistically nonsignificant in either cohort."

Whilst this is interesting data, it is not necessarily new news that IBS might be also associated with psychological / psychiatric issues. The paper by Fond et al [2] for example, said as much with their conclusion: "Patients with IBS had significantly higher levels of anxiety and depression than healthy controls." The strength of the Lee data is however in the power (size) and case ascertainment methods used by the NHIRD.

The precise hows and whys of a possible relationship between IBS and psychiatric disorder are still a little up in the air. One could entertain the possibility that the discomfort and pain brought about by IBS might affect a person psychologically speaking perhaps making them more prone to presenting with something surpassing clinical diagnostic thresholds. Thinking back to some recent discussions on the power of placebo with IBS mentioned (see here) one can similarly see 'the mind at work' as corroborating something of a psychology - somatic link.

That being said I'm also drawn to the idea that this data might be more fodder for a gut-brain link on a more biological level, that quite a few people are talking about these days. Y'know, the idea that what goes in our deepest, darkest recesses from a bacterial, immunological and barrier perspective (the next triad) might have something on an effect on the grey-pink matter floating around in our skull and onwards things like behaviour. The discussion paper from Collins [3] kinda sums things up from the suggested point of view that those trillions of wee beasties that call our gut home might be perturbed (dysbiotic) in cases of IBS and could be implicated in both gut and psychiatric expressions of IBS. The idea that gut barrier function might also be 'out' when it comes to IBS (yes, the leaky gut) has also been banded around the peer-review arena in the past [4]. There is quite a bit more to do on mechanisms but for now just realising that the effects of IBS might go so much further than the gut is an important sentiment.

Music: Talking Heads - Once In A Lifetime.