Autoantibodies not implicated in cases of autism? 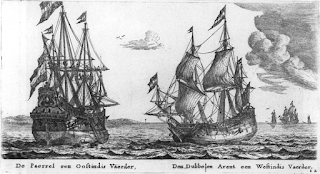 Contrary results are a common feature of the autism peer-reviewed research landscape. No sooner does one group publish the next 'big thing' when it comes to the singular term 'autism' than seemingly opposite results follow suit.

So it is with the paper under discussion today by Simran Kalra and colleagues [1] (open-access) who concluded that: "The idea that autoantibodies represent an underlying cause or are biomarkers for autism pathophysiology is not supported by this report."

Autoantibodies by the way, are part of the process whereby the body's immune system fails to recognise self as 'self' and mounts a response against the body's own tissue. It's a topic that has been discussed quite extensively with the autism spectrum in mind (see here for example) as part of a wider scientific debate about a role for immune function in at least some autism (see here).

The Kalra paper is open-access but a few details might be useful:


These results are interesting. As per my opening comment on contrary results being part and parcel of autism research, the lack of GAD65 antibodies detailed is in direct contrast to previous findings such as those produced by Rout and colleagues [2] for example. Whilst there may be various reasons for the difference in findings including a role for the analytical method used, I was drawn to one comment made by Rout et al suggesting that there may be a subgroup of children with autism and/or ADHD (attention-deficit hyperactivity disorder) where further characterisation may be needed. That also reduced levels of GAD65 mRNA levels have been reported [3] in relation to autism (with appropriate caveats regarding tissue used for study) does not mean that GAD65 is off the research menu just yet.

The lack of XMRV antibody findings reported by Kalra et al in relation to their autism group is not necessarily new news. Previous studies such as the one from Satterfield and colleagues [4] basically said as much.

There are of course quite a few other types of autoantibodies and/or antibodies to infective agents that perhaps require more study using the technique utilised by Kalra and colleagues with autism in mind. The various contributions in this research area from the Saudi-Egyptian research tag-team that crop up on this blog every now and again (see here and see here) might be a next port of call. Anti-brain antibodies detailed by other teams might also receive the same treatment (see here). Who knows, researchers might also consider putting a little more flesh on the bones of all that folate receptor autoantibody research that is crying out for independent replication (see here) or even antimitochondrial antibodies (see here). Quite a few areas to consider.

As for the infection side of things and realising the important contribution that at least one of the authors on the Kalra paper has made to another area of research (Swedo and PANDAS/PANS) I can think of quite a few research studies to be done. My growing interest in enterovirus and autism (see here) or even enterovirus and ADHD (see here) is again requiring some further investigation. Perhaps a little more 'out there' are the ways and means that the methods detailed by Kalra might also be transferable to more ancient retroviruses such as the HERVs that have been discussed before on this blog (see here) with autism and various other conditions in mind (see here).

Music: John Newman - Come And Get It.

[1] Kalra S. et al. No evidence of antibodies against GAD65 and other specific antigens in children with autism. BBA Clinical. 2015. August 8.