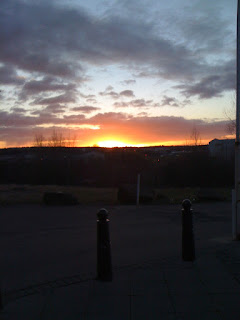 So said the results of a randomised, placebo-controlled clinical trial published by Khaled Saad and colleagues [1] (open-access available here) on the use of a specific digestive enzyme supplementation called Neo-Digestin. Looking at outcomes from about 100 children diagnosed with an ASD (by DSM-IV-TR), about half in receipt of Neo-Digestin (n=47) and half receiving a placebo of sucralose syrup, researchers reported something potentially to see based on CARS (Childhood Autism Rating Scale) scores and another measure called the Global Behavior Rating Scales (GBRS). The GBRS was incidentally used an an outcome measure during one of the trials of secretin with autism in mind [2] so has some history when it comes to pancreatic digestive enzyme functions.

Saad et al reported that compared to placebo, the Neo-Digestin group showed some significant positive changes in scores between baseline and intervention albeit restricted to the emotional response aspect of CARS and an overall reduction in autistic behaviours ("general autistic impression score"). Likewise on the GBRS, children in the enzyme supplement group "had significant improvement in two parameters including general behavior and gastrointestinal symptoms (quality of stools, abdominal pain, vomiting and food variety)." Importantly, whilst some side-effects were reported by the enzyme supplement group - "skin rashes, itching and abdominal pain" - we are told that these were mild and transient.

As always, these are interesting results. The particular formulation used by Saad and colleagues contained papain (1.6g) and pepsin (0.8g). Given three times a day (15ml/day in all) over the course of the trial, there is some obvious logic in what processes might have been affected by such an intervention with a focus on protein and peptide degradation in the gastrointestinal tract. Think of proteins as long pearl necklaces with each pearl the equivalent of an amino acid (hence the building blocks of proteins). Breaking that long pearl necklace down into smaller chains (peptides) and eventually the constituent amino acids is a prime function of digestive enzymes and has some autism research history (see here). A similar sort of thing has also been proposed by all that CM-AT work, but not necessarily with proteins/peptides in mind (see here). There could be lessons to learn from coeliac disease research in this area too (see here).

The Saad results are in direct contrast to the findings reported by Sujeeva Munasinghe and colleagues [3] who observed very little to see in their study of another digestive enzyme supplement with autism in mind. The devil however, could be in the detail in terms of differing formulations and possibly some overlap when it comes to digestive enzymes affecting specific issues such as "improvement in food variety" for example. The focus on gastrointestinal (GI) issues such as functional bowel problems being potentially 'improved' by such preparations is also important given the extensive coverage of such problems being 'over-represented' when it comes to a diagnosis of autism (see here) and the question of what can be done to relieve such symptoms as and when they occur.

What's more to say? Well, more studies are of course indicated. As Saad details: "Digestive enzymes are inexpensive, readily available, have an excellent safety profile, and have mildly beneficial effects in ASD patients." I'd perhaps also like to see a few more 'biological' parameters included in any future research on this topic; things like gut permeability measures for example (see here) and perhaps a little more data on the genetics and functioning of endogenous digestive enzyme functions also (see here and see here respectively). That other research has talked about probiotics as degrading gluten peptides too (see here) might also suggest a dual strategy research approach might be of some interest...