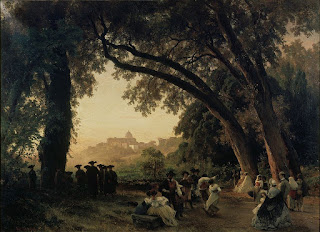 A quick post for your consumption today based on the findings reported by Maria Jalbrzikowski and colleagues [1] (open-access available here) who undertook "genomic analyses of 22q11DS to identify genes and pathways related to specific phenotypes." 22q11DS - 22q11.2 Deletion Syndrome - is a genetic condition characterised by a deletion of a small piece of genetic material of chromosome 22. Autism is among several presentations that can co-occur in cases of 22q11DS (sometimes called Del22) alongside other psychiatric presentation such as psychosis [2].

Jalbrzikowski et al reported that in amongst the various gene expression differences noted in their small-ish cohort diagnosed with Del22, for those also assessed as having an autism spectrum disorder (ASD) (n=16) termed '22q11DS-ASD+' "Both DE [differential expression] analysis and WGCNA [weighted gene co-expression network analysis] showed converging evidence that alterations in immune-related pathways are associated with ASD." Additional comparisons led the authors to conclude that: "findings suggest that ASD pathology may be related to an innate immune system response to neuronal disturbances."

It's not necessarily new news that some of the suspected genetics of autism might not necessarily just implicate the brain as being related to symptom onset and diagnosis. I've covered other examples of immune-related genes linked to autism appearing the peer-reviewed literature (see here). This comes on top of other more recent reviews stressing how immune function, in various guises, might hold something of a central role for [some] autism aetiology and pathology [3].

Of course, one has to be aware that Del22 already has some pretty extensive links to immune function and in particular, the heightened risk of various autoimmune related conditions. There is always the possibility that the relationship being suggested by Jalbrzikowski and colleagues is just what would be expected in view of the small cohort included for study. Further study is implied; perhaps such investigations might also take into account another possible autism-link previously noted in the Del22 peer-reviewed literature: gastrointestinal issues and in particular, intestinal hyperpermeability and immune reactivity to gluten?