Optimal outcome and the autism spectrum: implications for the risk of psychiatric comorbidity? 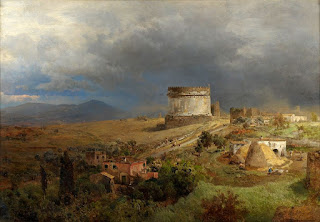 "The minority of the AS [Asperger syndrome] group who no longer met criteria for a full diagnosis of an autism spectrum disorder were usually free of current psychiatric comorbidity."

That was one of the details reported by I. Carina Gillberg and colleagues [1] continuing their longitudinal look at a group of males diagnosed with Asperger syndrome and participants' experiences as a function of their presented symptoms and risk of other comorbidity.

Titled 'Boys with Asperger Syndrome Grow Up', this latest research foray examined "comorbid psychiatric and neurodevelopmental disorders in fifty adult males (mean age 30 years) with Asperger syndrome (AS) diagnosed in childhood and followed up prospectively for almost two decades." They concluded that outside of a small group of participants who seemed to achieve something like 'optimal outcome' with their autistic symptoms in mind, many of their cohort still fulfilling the diagnostic criteria for AS "had ongoing comorbidity (most commonly either ADHD [attention-deficit hyperactivity disorder] or depression or both)."

Whilst realising that comorbidity such as ADHD (see here) and various types of depression (see here) seem to be over-represented when it comes to the autism spectrum, I was particularly interested in the data about those presenting with optimal outcome (OO). Just in case you didn't click on the link featured in that previous reference to OO, this is a concept whereby some who were previously diagnosed with an autism spectrum disorder (ASD) no longer reach the diagnostic threshold for the label at a later date. This same authorship group have previously documented this issue in other studies (see here). The idea that 'some' autism might not be lifelong and immutable has seemingly not sat well with quite a few people with an interest in autism, despite the fact that quite a bit of peer-reviewed science has documented this phenomenon. I can understand the hesitancy about overturning dogma and the implications for the very wide spectrum called autism or even the autisms, but peer-reviewed science is peer-reviewed science and that should be central to driving knowledge (evidence-based knowledge) about autism.

The preliminary suggestion from Gillberg et al that where OO is present so this may also have a positive impact on the risk of other psychiatric-based comorbidity appearing is an interesting one. Recently I came across the data coming from Orinstein and colleagues [2] who likewise suggested that in children and young adults categorised at being optimal outcomers: "Psychopathology in the OO group abated over time as did their autism, and decreased more than in HFA [high-functioning autism]." The idea being that as autistic symptoms diminish, so this might also have a positive impact on other psychiatric comorbidity appearing. This surprised even me, but potentially opens up a whole new research world added to data from other related areas of investigation [3] (see here for my take on this study).

Further investigations are of course implied from such studies. That the autisms might include huge variations in developmental trajectory is not a new idea (see here). That some of those trajectories might be malleable to some extent is also not necessarily new news (see here). I do also wonder however what the possible impact of optimal outcome might be on other, more somatic diagnoses, as per the idea that various medical comorbidity might also be over-represented alongside autism (see here). Accepting that science still needs to clarify the whos and hows around OO and the possible mechanisms of effect, I for one, will be watching closely how this research area develops.

And finally, I'll draw your attention to the findings reported by Chiang and colleagues [4] and the idea that: "Early comorbid psychopathologies may further impair later social adjustment in youths with ASD." Need I say more?