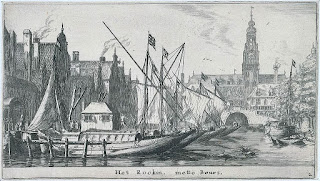 So: "The meta-analysis results support an increased risk of autism spectrum disorder in children of women who were obese during pregnancy. However, further study is warranted to confirm these results."

That was the conclusion reached by Ya-Min Li and colleagues [1] looking at the collected peer-reviewed data currently available on how maternal weight might impact on offspring neurodevelopmental outcomes. Without wishing to blame or stigmatise (this is a blog based on the examination of cold, objective, peer-reviewed science) such results are not altogether unexpected based on instances where maternal weight might impact on offspring autism risk have been discussed (see here).

There are caveats to ideas of such an association. Not least that observational studies for example, often provide little information on 'cause and effect'. That not every child born to a mum who is overweight and/or obese develops autism should also be kept firmly in mind, as should the idea that overweight and/or obesity can sometimes sit with other comorbidity as part of the 'metabolic syndrome' so potentially introducing other variables into any association (see here). I might add that an array of other factors cross obesity and autism risk areas, not least mothers' nutritional status before and during pregnancy for example (see here).

That all being said, there is more science to do in this area. Thinking back to other discussions on data about how father's weight might also influence offspring autism risk (see here) and the idea of foetal programming [2] based to a large extent on the writings of the late David Barker, one gets some ideas of where science might want to start heading in continuing this line of inquiry.