The inflammatory effects of unemployment? 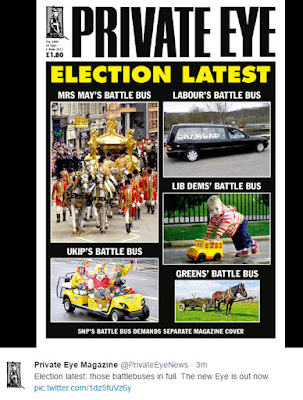 "Our study demonstrates that systemic inflammation is associated with an important but little-studied aspect of the social environment, as it is elevated in unemployed compared to employed survey participants."

So said the results of the meta-analysis produced by Amanda Hughes and colleagues [1] (open-access) including data from "12 national studies, incorporating data collected between 1998 and 2012 from all countries in Great Britain" looking at two markers of systemtic inflammation: C-reactive protein (CRP) and fibrinogen. The numbers of participants available for study complete with biological data were "30,037 for CRP analyses and 28,661 for fibrinogen analyses" aged between 22-64 years old.

Alongside the biological information on CRP and/or fibrinogen, researchers also importantly analysed for employment status including "unemployment as commonly understood – the state of being in the labour force and available for work, but currently without it" as distinct from "non-employment categories such as retirement, homemaking or sickness/disability." Data from various other potentially confounding variables were also collected and included in the statistic mix including: age, gender, "socioeconomic position", tobacco smoking status and body mass index (BMI).

Bearing in mind the correlative nature of this research, various potentially important results emerged, not least that "markers of systemic inflammation were elevated for unemployed compared to employed participants." Authors undertook 'robustness checks' to see whether the various potentially confounding variables might have exerted a significant effect on their results and concluded that: "Associations were robust to adjustment for age, gender, education, long term illness, smoking classified using both heaviness and duration, adiposity specified using three BMI-based measures, and mental health, indicating these factors did not explain differences."

What does this research mean then? Well, based on the idea that something like elevations in CRP might be a risk factor for cardiovascular mortality in the general population [2] authors suggest that unemployment might be of 'clinical significance' when it comes to adverse health conditions associated with such an employment status.

There are a few other key points to emerge from the Hughes findings, not least that they may have turned up evidence for "a stronger inflammation-unemployment association in higher-unemployment areas." Their data for example, suggested that unemployment rates were lower in England than in Wales or Scotland over the study period, and that this may have been reflected in their combined data analysis. Different age groups also seemed to show some differences as per the observation that "associations were stronger in the 45–54 group than for younger participants or those approaching retirement."

Stressing again the correlational nature of this meta-analysis, these are potentially informative results. They suggest that, for whatever reasons, the state of being unemployed may not just have social and psychological effects on a person (and their families) but also a somatic element too. I assume one further stage of any research in this area would be to see whether a switch from unemployment to employment has any effects on those inflammatory measures and what element of employment might produce any reductions [3]. Another area of interest might be to see whether factors such as socio-economic status (SES) might also be an important correlate to inflammatory measures [4]. Alongside implications for the general population, I might also advance the idea that where specific groups are 'under-employed', similar inflammatory effects and onward elevated risks for various inflammatory-derived conditions could be something in need of investigation and intervention.