Restless leg syndrome in parents of children with autism 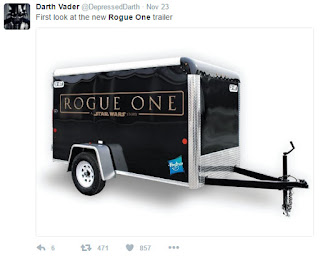 The findings reported by Maureen Russell and colleagues [1] provide some blogging fodder today and the observation that: "Biological caregivers of children with ASD [autism spectrum disorder] demonstrated a high prevalence of RLS [Restless Legs Syndrome] symptoms and poorer mental health."

OK, I know some people might be asking 'just what is Restless Legs Syndrome'? It is a recognised condition complete with 'disease' title (Willis-Ekbom disease). Symptoms, as the name suggests, centre on 'an overwhelming, irresistible urge to move the legs'. But things might not just stop at 'jittery legs' when it comes to this condition, as various other parts of the body can also be involved and indeed, affect important functions such as sleep.

Russell et al surveyed 50 biological caregivers (parents) of children diagnosed with an autism spectrum disorder (ASD) with regards to sleep habits "that included RLS as determined by four questions." They also "compared the sleep quality and daytime behaviors of children with ASD in caregivers with and without symptoms of RLS."

They observed that just over a fifth of their caregiver cohort "fit the criteria for RLS symptomatology." They also reported that those 'biological caregivers' who reported RLS symptoms also reported "poorer mental health" based on responses to the "Medical Outcomes Survey (MOS) 12-Item Short Form (SF-12)." When it came to offspring parameters, authors reported that: "Caregivers with RLS described more night waking and greater internalized behavior problems in their children with ASD than the caregivers without RLS." They interpret this 'association' in the context that there is a degree of heritability attached to RLS and some of those sleeping issues noted in offspring could mean that the symptoms of RLS are also present in children diagnosed with ASD too.

Noting the relatively small scale of the Russell study in participant number terms, the very preliminary method of reporting on mental health and the fact that there isn't a single test for RLS, these are interesting findings. I note the lead author has her PhD online (see here) showing how this research fits into a larger scheme of work on sleep and quality of life in caregivers of children with autism.

Looking at the Russell findings in the context of 'hows and whys' there are some potentially important correlations that might be noteworthy. RLS has been linked with the presentation of attention-deficit hyperactivity disorder (ADHD), a not insignificant comorbidity noted in quite a bit of autism (see here). I don't want to make any connections where none might exist but it is reasonable to assume that an over-represented occurrence of ADHD in autism could be important. Insofar as the heritability of ADHD specifically across families, there is more to do in this area but it's not unheard of for ADHD symptoms to be present in other family members including parents. This could impact on the results reported by Russell et al.

Although certain medicines have been associated with the symptoms of RLS, there is also a body of peer-reviewed science suggesting that a deficiency in iron might also be important [2]. There is still a degree of debate specifically as to how iron deficiency might 'cause' RLS but one of the primary lines of thinking revolves around how iron is an important co-factor for the biological reactions that turn the amino acid tyrosine [eventually] into the neurotransmitter dopamine. Again, minus any 'I know all the answers' sentiments, iron levels in relation to autism have been a source of some investigation down the years (see here). Some researchers have also talked about maternal iron intake potentially affecting the 'risk' of offspring autism too (see here) (with appropriate caveats).

Whatever the reason(s) to account for the Russell findings, there is a requirement for further research in this area, for a start to assess just how prevalent RLS might be in both people diagnosed on the autism spectrum and their significant others. Knowing how much comorbidity seems to follow a diagnosis of autism (see here) I wouldn't be surprised to see yet another connection; this one however, might provide some rather important clues as to overlapping genetics and biology...

Music, and Gotye still has an amazing song...