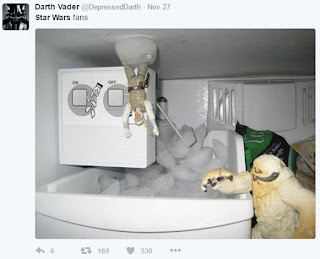 So said the findings reported by Mahesh Desai and colleagues [1] meriting an editorial in the publishing journal [2] as the sentiments of 'eating your greens' applies to some rather interesting [mouse] findings.

Fibre (UK spelling) comes in various different forms typically categorised as soluble and insoluble depending on their relationship with water. Using a "gnotobiotic mouse model" - where mice were "colonized with a synthetic human gut microbiota composed of fully sequenced commensal bacteria" - Desai et al reported on the effects of different diets with different fibre content. Their results make for important reading as a fibre-deprived gut was associated with the rise of some rather potent bacteria that seemed to enjoy dining out on the "colonic mucus barrier, which serves as a primary defense against enteric pathogens." Yes, mice gut barriers - or some of their components at least - were being eaten by the very bacteria they contain. Enjoy your lunch.

I'm not dwelling too much on the Desai findings, bearing in mind their focus on mice not humans, but I do want to raise a couple of potentially relevant points. First is the focus on the intestinal barrier and how that so-called 'leaky gut' seems to show a connection to dietary fibre intake. Yet more research bringing this woo-like term in from the scientific cold (see here). Next is the idea that if the Desai results are transferable from mouse to humans, they could be relevant to quite a lot of people who perhaps don't enjoy as much dietary fibre as they should. Further, there may be particular groups of people who might be particularly prone to a poor diet [3] (see here too) where the already discussed term 'leaky gut' is also relevant (see here); also bringing in the idea of a role for those trillions of wee beasties (the gut microbiota) that call us home.

I'll be watching for how this research area pans out...