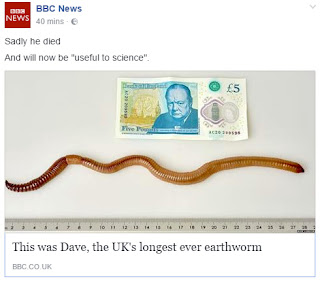 ESSENCE referred to in the title of this post concerns 'Early Symptomatic Syndromes Eliciting Neurodevelopmental Clinical Examinations', a concept championed by the ever-intrepid Prof. Christopher Gillberg and colleagues. Combined with some rather important discussions about the research validity of the concept of a singular 'autism' (see here) [part of the ESSENCE issues described] I'm drawn to quite a few of the proposals put forward by this research group it has to be said.

It is with ESSENCE in mind, that I'm rather interested in the paper by Carolina Baeza-Velasco and colleagues [1] and the observation that following a review of the pertinent research literature, there is some support for a possible connection between ESSENCE issues and another favourite topic on this blog: Joint Hypermobility Syndrome (JHS) and the spectrum of connective tissue disorders (see here for example). JHS and connective tissue disorders refer to a group of conditions where various connective tissues are 'weaker' than they should typically be, with various knock-on effects and symptoms.

"The clinical picture of EDS-HT/JHS [EDS = Ehlers-Danlos syndrome] is poorly known by the medical community, as is the presence of "ESSENCE" (Early Symptomatic Syndromes Eliciting Neurodevelopmental Clinical Examinations) problems in affected children" was the starting point for this review paper of the various research literature on this topic. Authors searched, surveyed and concluded that: "Children with EDS-HT/JHS present ESSENCE problems that often coexist and tend to be recognized before the HDCT [hereditary disorder of the connective tissue]." Further: "Awareness of these interconnected clinical problems might help improve early referral, diagnosis and treatment of EDS-HT/JHS."

In a previous blog post on the issue of 'joint hypermobility, gait and autism' (see here), discussions turned to how there may be some important 'intersection' going on with regards to the presentation of motor and gait issues in autism and connective tissues disorders present in some people. I don't want to make sweeping generalisations nor move too far away from the current thinking linking specific brain functions and motor issues [2] but there is some sound logic in how neurodevelopmental issues might go hand-in-hand with connective tissue disorders. If for example, we turn to some of the other manifestations of something like JHS - functional bowel issues such as constipation and/or irritable bowel syndrome (IBS) - there are other potential overlapping features that might also prove to be just as important (see here).

There is a need for quite a bit more research in this area before any grand, sweeping generalisations are made. That and the idea that yet another level of screening might be implied for those with ESSENCE issues or conversely, those diagnosed with connective tissue disorders...

Music to close: The JCB song. For the next time you're stuck behind one....