Autism, ESSENCE and the question of reassessment 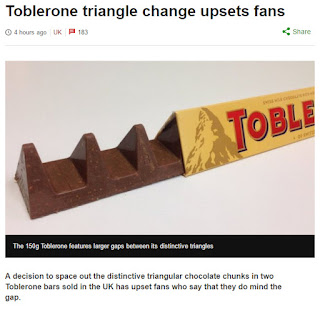 I talked about ESSENCE - Early Symptomatic Syndromes Eliciting Neurodevelopmental Clinical Examinations - only yesterday (see here) and here I am covering the topic again on this blog. There is good reason however that this concept appears once more, as I draw your attention to the paper by Anne-Katrin Kantzer and colleagues [1] and the specific observation that: "Co-existence with other conditions was the rule" when it comes to the diagnosis of autism.

OK, it's nothing new to say that the label of autism rarely appears in some sort of diagnostic vacuum (see here). Indeed, if there is anything that has been learned about autism over the years it is that aside from the incredible heterogeneity present across the spectrum in terms of clinical presentation, many grand theories 'about autism' have been scuppered as a consequence of their assumptions on autism being some sort of stand-alone label. A case in point: theory of mind (ToM); that even some of the major proponents of this theory have come to realise [2] has seen a "a widening of interest to other clinical groups." Indeed it has (see here for example), indeed it has. And other grand theories appear also to be following suit [3]...

The Kantzer paper - including some notable names on the authorship list - set out to examine the diagnostic outcomes of some 96 children "initially assessed for suspected ASD [autism spectrum disorder] at an average age of 2.9 years" who were followed up some two years later. There is an important word included in the Kantzer study: prospectively; as opposed to retrospectively, meaning that participants were assessed and followed in real-time (rather than solely relying on the examination of previous historical records). Various behavioural and psychometric measures were employed by the authors as part of a "broad neurodevelopmental examination... by a multi-professional team" and some rather interesting details emerged.

So: "In a cohort of young children who screened positive for autism spectrum symptoms, 93% of all with an Autism spectrum disorder (ASD) at time1 (T1) had ASD two years later." What this tell us is that in the most part, the diagnosis of autism/ASD over 2 years in young children is fairly stable. Other data has highlighted similar things. But then the question: what about the ~7% where an ASD diagnosis perhaps wasn't as stable? I've covered this topic a few times on this blog (see here and see here), where for whatever reason, the diagnosis of autism is not necessarily a lifelong label for everyone. The still controversial idea that around 9% of those originally diagnosed with autism might 'lose' their diagnosis (see here) and indeed any/many 'broader autism features' (see here) could be pertinent here accepting that in the Kantzer data we are told: "The children who did not meet criteria for ASD at T2 had symptoms of or met criteria for other neurodevelopmental/neuropsychiatric disorders in combination with marked autistic traits." I might also draw your attention to other work from members of the Kantzer group that indicated that even into adulthood, diagnoses along the autism spectrum might similarly not always be 'lifelong' for whatever reason(s) (see here).

Next: "The vast majority of children with ASD also had other neurodevelopmental symptoms or diagnoses." This kinda reiterates the notion of ESSENCE, as details such as: "Hyperactivity was observed in 42% of children with ASD at T2, and Intellectual Developmental Disorder in 30%" provide some diagnostic flesh on the bones of what ESSENCE might look like in clinical terms. Indeed, although the topic of continued debate [4] insofar as how one screens for something like attention-deficit hyperactivity disorder (ADHD) in autism, the overlap between the conditions is likely to be significant (see here).

Finally: "The risk of “over-diagnosis” of ESSENCE/ASD problems by screening for ASD at 2.5 years appears to be minimal." Accepting that important changes to the way that autism is diagnosed by at least one schedule is likely to produce some important differences in who fulfils criteria (see here), the authors seem to be fairly confident that early diagnosis might actually be (a) possible and (b) pretty accurate. The stress is most definitely on 'early diagnosis' save any charges of further health inequalities facing those on the autism spectrum.

I titled this post  'Autism, ESSENCE and the question of reassessment' because I do also want to pass some brief comment about the value of reassessment picked up by the authors: "Reassessments covering the whole range of these conditions are necessary for an optimized intervention—adapted to the individual child’s needs." This is going to take quite a huge shift in thinking and practice insofar as ensuring that a diagnostic assessment for autism does not just include an ADOS or something related but rather includes a wider spread of behavioural and psychometric instruments pertinent to various other labels/features. I can see there being objections to this line of thought; not least that in these austere times we live in when waiting times for an initial assessment can already be quite long (see here) and money and resources are stretched thin on the ground for autism, screening for a range of potential additional issues is likely to further burden limited resources. The idea also that not hitting diagnostic thresholds for autism at one point does not rule out a child hitting them at a later time point is also something likely to impact on screening and assessment services. I suppose it all depends on whether policy-makers and purse-string holders value detail or value cost-saving?

Either way, the Kantzer paper once again highlights that a diagnosis of autism rarely exists in a diagnostic vacuum.

Music to close (it's been a while) and an 80's blast from the past: Billy Ocean - Get Outta My Dreams, Get Into My Car (although please, do not get into a car with someone you don't know, no matter how well they serenade you).