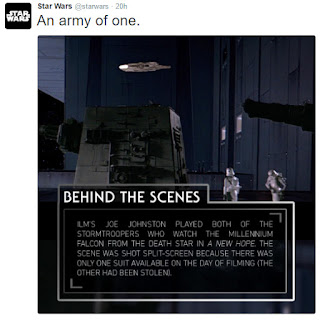 "This study demonstrates an association between antibiotic use in the first year of life and subsequent neurocognitive outcomes in childhood."

So said the findings reported by Slykerman and colleagues [1] who relied on data from the Auckland Birthweight Collaborative Study (an initiative set up to determine whether "internationally recognized risk factors for small-for-gestational-age (SGA) term babies were applicable in New Zealand") to examine the suggestion that early life antibiotic use might be associated with a "detrimental effect on later neurocognitive outcomes."

Relying on maternal report of antibiotic use among offspring "between 12 months and 3.5 years of age" researchers compared data with that derived from "Intelligence test scores and measures of behavioural difficulties" when children were 3.5, 7 and 11 years of age. They found that antibiotic use during the first 12 months of life was high in their cohort (70%) and that: "Those who had received antibiotics had more behavioural difficulties and more symptoms of depression at follow up." I've highlighted the 'relying on maternal report' bit because although parents are typically the experts on their own children (yes, they are), the reliance on parental report is not the same as reliance on objective medical or prescribing records for antibiotic use and important information on antibiotic type, dose and reason for such use that they typically contain. Indeed, I might also stress that correlating antibiotic use and developmental outcome whilst interesting should also be mindful of the myriad of other variables that might play a role, including the idea that 'behavioural difficulties' often don't present until later infancy for whatever reason. Be careful with single associations.

What's the possible mode of action linking [early] antibiotic use and behaviour and development? Well, far be it from me to speculate too much but I'm minded to bring in the idea that those trillions of wee beasties that inhabit our deepest, darkest recesses (the gut microbiome) might play some role in any process. Minus hype [2] we're for example, already finding out how gut bacteria 'might' show some important behavioural connections (see here for example) and specifically how certain strains of bacteria might link to important states such as depression (see here and see here). It's not outside the realms of possibility that 'swallowing a grenade' (although not literally) designed to kill bacteria rather willy-nilly, might influencing either bacterial diversity in the gut or impact on specific strains that could be consider more rather than less beneficial.

One more idea for science to perhaps consider relates to why antibiotics were given in the first place. If for example we assume that ear infection might be a common reason, could it not be that the actual symptoms over and above the [antibiotic] treatment might be the more important variable in relation to 'behavioural difficulties'? [3]

There is much more to do in this area, but alongside the dangers of antibiotic resistance perhaps science might also be more open to the idea that antibiotics might do so much more than just impact on physiology?

To close, for those in Blighty who might remember Hastings, 1066 and a certain Tapestry, things were a whole lot more complicated/gory that you might have expected...