Sensory subtypes and anxiety and autism 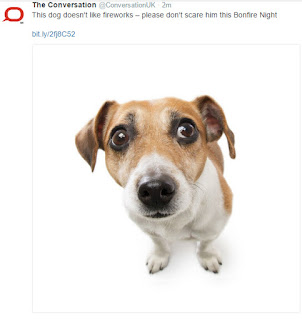 "This is the first study to identify the existence of sensory subtypes among older children and adolescents with ASD [autism spectrum disorder] and explore their association with anxiety levels."

Far be it from me to question the above quote provided in the paper by Mirko Uljarević and colleagues [1] but I'm inclined to suggest that there has already been some research published on the link between sensory issues and anxiety in the context of the autism spectrum before (see here and see here). Indeed, I do wonder whether the assertions put forward by Mazurek and colleagues [2] on how gastrointestinal (GI) issues (yes, they are over-represented) might be an important part of any sensory/anxiety mix in autism could be something that is further looked at by Uljarević in their cohort?

Anyhow, the Uljarević paper is an interesting one given the idea that within the vast heterogeneity that is autism (or even the autisms) sensory issues as measured by "the short sensory profile" are not
uniform in their presentation (a shocker, I know). The finding that anxiety scores, as measured by the Spence anxiety scales, were potentially a little different according to sensory subtype (sensory adaptive, sensory moderate, sensory severe) particularly when it came to the sensory adaptive grouping - "Children and adolescents from the adaptive subtype had significantly lower anxiety scores when compared with other two subtypes" - is important. The implication being that with various other variables not differing (chronological age, expressive language, or severity of autism diagnostic features) sensory issues might be one important driver of the presentation of anxiety when it comes to autism.

As I've mentioned quite a few times on this blog, the topic of anxiety and autism is an important one (see here for example). There are a few different 'types' of anxiety (or anxiety diagnoses) that might be more applicable to autism alongside some discussion about how to measure anxiety when it comes to autism (see here). But the primary messages are: (i) anxiety is pretty rife in terms of accompanying a diagnosis of autism and (ii) the effects of anxiety can be absolutely, utterly disabling. Set in this light, if there are things that can be done to overcome anxiety over and above what might be traditionally offered (see here) by for example, 'affecting' those sensory issues, many people potentially stand to benefit.

Next question: how does one go about 'intervening' when sensory issues are present alongside autism? Well, the science is still a little sparse here outside of the odd case report on something like bumetanide showing a potential effect [3] for example. I might draw your attention to some preliminary work on how visual sensory issues might be a target for other interventions (see here) but there is still some way to go in that area too and one needs to be mindful of how ophthalmologic disorder(s) may also contribute (see here). Going back to the Mazurek paper and the 'triad' of sensory issues, anxiety and bowel problems hinted at with at least some autism in mind, one could speculate that treating said bowel issues *might* have further positive effects on sensory and anxiety issues too. Indeed, in the more general context of how anxiety and another important label - depression - may well have a functional bowel issue link (see here), there is plenty of research fodder to draw on hinting at a 'gut-brain' link in some cases. No doubt there are other ways and means to tackle sensory issues as and when they impact on quality of life and by the sounds of other research [4] sensory issues in autism as described by the DSM-5 are going to be pretty widespread.

To close, it's 'Remember, remember the 5th of November, gunpowder, treason and plot..' day here in the UK today. So here's V and his revolutionary chatter again and please, be careful this Bonfire night.