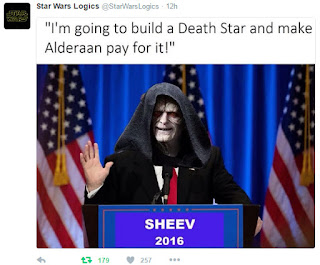 If a primary goal of medicine is to relieve pain and suffering then the paper by Andrew Stickley and colleagues [1] might provide an important insight into how medicine might be missing some important groups when it comes to the experience of pain "assessed by the degree to which it interfered with work activity in the previous month."

Drawing on data from the English 2007 Adult Psychiatric Morbidity Survey (APMS) (a resource that has cropped up on this blog before), authors set about examining "the association between ADHD [attention-deficit hyperactivity disorder] symptoms and pain in the general adult population" to ascertain any connection or not. Bearing in mind a 'screener' was employed when it came to ADHD symptoms (and the problems that other screeners have had when it comes to APMS (see here)) authors concluded that even after adjustment for "comorbid common mental disorders" those adults presenting with self-reported ADHD symptoms had "higher odds for experiencing pain."

This is of course not the first time that pain has been suggested to be more frequent where ADHD symptoms or even ADHD is concerned. Fuller-Thomson and colleagues [2] reported that women diagnosed with ADHD were quite a bit more likely to report 'chronic pain' than not-ADHD controls alongside a spectrum of other adversities and issues. Even children / young adults with 'attention problems' have been reported to show a higher frequency of "chronic multisite pain" [3] thus potentially extending the relationship further through the age-groups.

So what could be the reason(s) behind such an association? Well, outside of the large body of peer-reviewed evidence suggesting that the risk of injury is enhanced in relation to ADHD (see here) and what influence this might have, other work is potentially revealing. So, traumatic dental injuries and ADHD [4], the persistence of headaches and ADHD [5], the list goes on with regards to potential factors that could influence the presentation of pain. I might also draw your attention to the idea that the perception of pain may be 'altered' [6] when it comes to ADHD or the presentation of ADHD symptoms as demonstrated under experimental conditions. Indeed, this side of things might have some rather important implications for autism too (see here) given the 'over-representation' of ADHD in autism (see here). The idea also that use of something like methylphenidate, traditionally indicated for ADHD, might affect pain responses in ADHD is also worthy of greater research consideration [7].

Finally, I'm also minded to suggest that rather than 'blaming it all on ADHD' pain accompanying ADHD or ADHD symptoms could also be due to other coexisting conditions. It's not for example, completely unknown for ADHD to coexist alongside conditions such as fibromyalgia for example [8] bearing in mind that fibromyalgia has a very definite connection to pain. I'm also wondering whether the quite strong link between ADHD and something like asthma (see here), might also be an additional source of pain either directly or indirectly too?

The bottom line: yet another case of screening for / asking about other things when a psychiatric / behavioural diagnosis is given and treating / managing accordingly. Screen don't assume.

[4] Sabuncuoglu O. & Irmak MY. The ADHD modeL for traumatic dental injuries: A critical review and update of the last 10 years. Dent Traumatol. 2016 Oct 17.