Screening for coeliac disease in autism 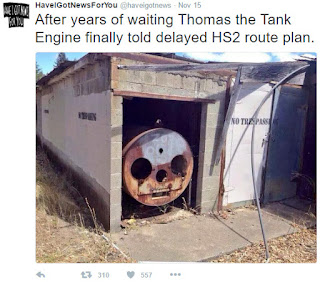 "The overall CD [coeliac disease or celiac disease depending on where you live] prevalence was 2.62%, which is statistically significant higher to that reported in the Italian paediatric population... If replicated, these data suggest the importance of regular screening for CD in young patients with ASD [autism spectrum disorder]."

Those were some of the findings/conclusions reported in the paper by Sara Calderoni and colleagues [1] (open-access) and with them, some important data quite pertinent to some of the primary interests of this blog and indeed, my research career.

Coeliac disease is an autoimmune condition (NOT AN ALLERGY!) whereby genetics, biology and environment converge on how dietary gluten - the stuff in foods like bread, pasta and cereals - is not necessarily a great idea for everyone. The ideas that: (a) a diagnosis of autism or ASD is seemingly protective of nothing and (b) all that chatter about gluten potentially affecting 'some' autism [2] plays heavily into the quite longstanding research history probing any connection between CD and autism. The question of whether CD is over-represented in autism has had many twists and turns including famously being studied by a certain H Asperger charcter.

Calderoni and colleagues, drawing on data from a country with more than it's fair share of interest in CD, retrospectively examined data for over 380 children diagnosed with an ASD who had also been screened (serologically) for possible CD. Such screening included "determination of the titres of Anti-Gliadin (AGA) immunoglobuline (Ig)A and IgG, Anti-Transglutaminase (anti-tTG) IgA, and Anti-Endomysium (EMA) IgA antibodies." Further examinations of medical records for those screening positive to some of these parameters was undertaken to see "whether the CD diagnosis had been subsequently confirmed by paediatric gastroenterologists."

Results: ten participants were identified "with CD or with positive CD serology." The authors provide some details about these 10 children - "six males and four females, with mean age of 41 months." They make an important point about their 'prevalence of CD' figures: "the prevalence of “CD patients plus screening detected individuals with both anti-tTG and EMA positivity” was 2.62% (10/382 subjects)." This based on the fact that not everyone of these 10 children had formally received a diagnosis of CD from a gastroenterologist for various reasons. Interestingly too, when it came to the data about whether CD was symptomatic i.e. outside of just being serologically present whether the corresponding symptoms of CD were present, the authors conclude that quite a few "had no symptoms or risk factors correlated with CD at the time of the serological screening." Finally, compared with other population data on CD prevalence, researchers suggested that CD may be yet another over-represented comorbidity following a diagnosis of ASD.

Interestingly, the authors suggest that their figures on CD in ASD might be an underestimate. They say this based on the idea that for example, generally low IgA levels is an issue when it comes to CD screening and onwards the possibility of false-negative results [3]. Although not necessarily widespread, low levels of IgA or IgA deficiency is not an unstrange finding in relation to some 'types' of autism [4].

I can't argue with the Calderoni findings and the potential importance of preferential screening for CD when a diagnosis of autism is received [5] . What I might add however, is that more and more science and clinical practice is understanding that there are grey areas between coeliac disease and not coeliac disease (see here) and such notions on 'non-coeliac gluten/wheat sensitivity' might open up issues with gluten for quite a few more people diagnosed on the autism spectrum (see here). Indeed, as I always seem to do when talking about such issues, I would refer you to my 'Gluten and autism: probably not coeliac disease but...' post (see here) as representing an important step in our understanding of this topic. That and the idea that birds of an autoimmune feather tend to flock together, and other potential associations are opened up as a result of any links between coeliac disease and autism (see here)...

But whatever you do, don't mention leaky gut as potentially also being involved (see here) (whisper it instead).