ADHD symptoms not methylphenidate treatment might prime for psychotic events 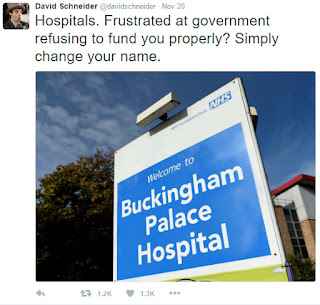 "This study does not support the hypothesis that MPH [methylphenidate] increases risk of incident psychotic events. It does indicate an increased risk of psychotic events before the first prescription of MPH, which may be because of an association between psychotic events and the behavioural and attentional symptoms that led to psychiatric assessment and initiation of MPH treatment."

The results published by Man and colleagues [1] (open-access) sit right with me. I say that on the basis that previous research suggesting that attention-deficit hyperactivity disorder (ADHD) may 'prime' someone for an elevated risk of developing psychosis (see here) has potentially received some welcome substantiation. That MPH might not be the bogeyman that some people might think (see here too) is also an important part of the Man findings (minus any charges of me providing medical or clinical advice on this blog... I'm not).

The Man paper is open-access but a few choice details are worthwhile mentioning:

There is still quite a bit more to do in this area as per more longitudinal research with greater participant numbers. I might also draw your attention to Table 2 of the Man paper (see here) examining other 'psychiatric comorbidities' when it came to those participants experiencing a psychotic episode. The list of potential correlates is interesting in light of other work (see here).

Whilst MPH comes out of such research with more than a whiff of roses, it is perhaps important to understand that medicines, all medicines come with potential side-effects and that includes MPH. Nevertheless, the idea that the benefits of controlled use of MPH might trump the risk of serious psychiatric side-effects such as psychosis is something that needs to be said and with it, a realisation that treating/managing the signs and symptoms of ADHD early, might have more profound repercussions for those diagnosed...

[1] Man KKC. et al. Methylphenidate and the risk of psychotic disorders and hallucinations in children and adolescents in a large health system. Translational Psychiatry. 2016; 6: e956.