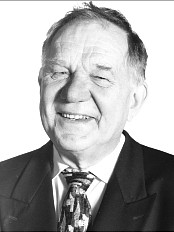 This is a short post to mark the passing of a great man of science: Karl Ludvig Reichelt who died on October 29th 2016.

Affectionately known as 'Tiny' to many, in stark contrast to his physical presence, he was quite simply a tour de force when it came to many areas of science and research, not least with an emphasis on schizophrenia and autism (see here for some of his publications). His receipt of the Norwegian 'King's Medal of Merit' was testament to his presence both as a medical doctor and researcher.

I had the pleasure of knowing Tiny for quite a few years and alongside another notable Norwegian researcher, the late Ann-Mari Knivsberg, worked with him on a few research projects and papers notably our ScanBrit project looking at the use of a gluten- and casein-free (GFCF) diet as an intervention for some autism. My colleagues and I were literally standing on the shoulders of giants with our GFCF work, as Tiny and Ann-Mari blazed a research trail stemming from the important work of Curt Dohan on a possible connection between wheat/gluten and some schizophrenia towards the dietary links potentially surrounding some autism. Indeed, there are stories that Dohan, in some of his last days, inspired Tiny to continue his important work.

Alongside his clinical and research life, Tiny had an interesting upbringing as stories of his early childhood in the Far East during World War II fascinated many at the conferences and social gatherings he attended. Indeed, his life continued an interesting family legacy. Channelling the fight and spirit of the Berserkers he was passionate about his science but at the same time always the gentle giant, no better exemplified by his technically brilliant ballroom dancing that I witnessed on several occasions.

Science has lost a true research pioneer. My condolences go to his family and friends. Rest in peace Tiny.