On moving off the autism spectrum 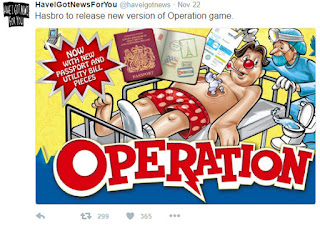 The paper by Nahit Motavalli Mukaddes and colleagues [1] provides some important, if small-scale, information when it comes to that still controversial term - optimal outcome - with the diagnosis of autism in mind. Optimal outcome basically refers to a particular 'type' of autism whereby following a definite diagnosis of autism or autism spectrum disorder (ASD), a later re-evaluation of signs and symptoms reveals that diagnostic thresholds are subsequently not reached and/or exceeded and hence, the criteria for autism are not fulfilled.

I say this is a controversial term because it is. Still after quite a bit of peer-reviewed published research saying 'yes, it exists' (and alongside quite a few manifestations of autism) coupled with quite a bit of research talking about different developmental trajectories accompanying different 'types' of autism (see here) the old 'they weren't really autistic' phrase still comes out time and time again. And with it, children/adults who were diagnosed with autism are doubted to have been actually autistic. The skills of the professionals who made the diagnosis are doubted. The parents and significant others who most likely initiated the screening and diagnosis of autism are doubted. All of this seemingly to uphold the 'lifelong' tag that accompanies quite a bit of discussion about autism. Not a great state of affairs eh?

Work by Mukaddes et al has previously made an appearance on this blog (see here) talking about possible predictors of optimal outcome. This time around they aimed to "assess the autism symptoms and other psychiatric disorders in a group of children with a past history of autism." Their group, comprised of 26 who "lost the diagnosis of autism two to eight years previously", were assessed for autism - DSM-5 autism no less - together with various other psychometric/behavioural schedules.

Results: "None of the participants met criteria for an autism diagnosis." What this means is that for their cohort, 'loss' of a diagnosis of autism was not some short-term thing. But be careful here, as I remind you that DSM-5 criteria "were used for [a] diagnosis of ASD" for autism and the emerging data suggesting that DSM-5 is already likely to move quite a few people off the autism spectrum compared with previous diagnostic schedules (see here). Indeed, I wonder how many of their cohort might be labelled with SCD instead?

When it came however to looking at other psychiatric/behavioural labels, being an optimal outcomer with autism in mind did not necessarily mean symptom-free: "81% had a present psychiatric disorder based on the K-SADS. ADHD [attention-deficit hyperactivity disorder], specific phobia and Obsessive Compulsive Disorder (OCD) were the most common disorders." This finding is interesting. Interesting because it does not necessarily tally with other work on this topic (see here) but at the same time, reiterates that a diagnosis of autism rarely exists in a diagnostic vacuum (see here) (and that includes past diagnoses of autism). That ADHD in particular, is a label of growing importance to quite a few cases of autism should also be mentioned (see here) as should be the 'effects' that such a label has been linked with (see here).

"It is crucial to maintain psychiatric follow up of children who move-off ASD." Wise words from Mukaddes and colleagues but given the state of things here in Blighty, with continued austerity and long, long wait lists for assessments (see here), I don't really have a great deal of confidence that removal from the autism spectrum is going to prompt much in the way of follow-up. Indeed, going back to the question of whether optimal outcomers might nevertheless hit SCD - 'autism lite' -  diagnostic thresholds, I'm not even sure that those fitting into the SCD description are going to receive anything like the services and support they will still no doubt require. I do hope that I am wrong but...