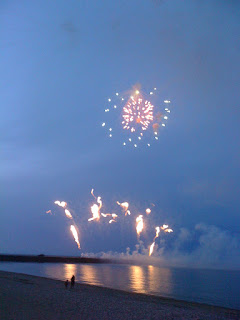 So here we are again. The end of another blogging year and time to reflect on the peer-reviewed research highlights that made it on to Questioning Answers in 2015.

As per other years (see 2011, 2012, 2013 and 2014), it's been another interesting year that I'm gonna break down into research by the months. The question as always is: are we any further forward when it comes to the autism spectrum, it's aetiology, nature and improving quality of life for those on the spectrum? As in previous years, I'm going to be the optimist and say yes, with the important proviso that there is so much more to do, particularly in translating science into practice.

January
The systematic review came under the spotlight with autism in mind and indeed set the tone for quite a bit of research this year consisting of systematic reviews and meta-analyses. Good for evidence-based practice, perhaps not so good for the value of the N=1. Very good also for telling us how much further research needs to go as words like 'lack of evidence' are thrown around quite a bit. The idea that kids 'at-risk' for autism might be able to avoid autism was also introduced to the world, bearing in mind science headlines might not tell the whole story and when it comes to identifying early autism or autistic traits, we're still missing cases (just in case you didn't know).

February
'What have we learned about autism?' was a post that gave me an opportunity to talk about plural autisms and the impact of comorbidity; some recurrent themes this year as in past ones. February 2015 should however be dedicated to another diagnosis - chronic fatigue syndrome/myalgic encephalomyelitis (CFS/ME) - and some quite astounding scientific leaps made in terms of definition (see here) and acknowledgement that yes, this is a real condition (see here). This theme continued throughout the year.

March
'Sleep is an issue for quite a few people on the autism spectrum' was part of that meta-analysis tide (see here) and further evidence for the 'over-representation' of bowel issues in autism was provided by MoBa. Autism 'genes' and cognitive ability made some media headlines (see here) and perhaps also important to autism was the idea that inflammation might have some knock-on effects for psychological processes such as social cognitive processing (see here).

April
Supplementary fatty acids might not be cutting the scientific mustard for [core] autism according to some evidence (see here) but when it comes to comorbid issues such as inattention, there may be something more to see at least for some. Tics might be common in adult autism as might the need for further medical screening and care when it comes to the eyes (see here). Discussions on DSM-5 and autism also continued (see here); perhaps relevant to on-going debates about the prevalence (and incidence) of autism (see here).

May
Questions around the number of cases of autism continued in May. Further discussions on a possible relationship between congenital cytomegalovirus (CMV) infection and autism also persisted. Parent training vs. parent education were pitted against each other when it comes to tackling disruptive behaviours in the context of autism (see here). Important comorbidities such as depression (see here) and anxiety (see here) were also examined with autism in mind. And just outside of autism research, were some intriguing discussions about cats and schizophrenia...

June
Although making difficult reading, the topic of maltreatment and autism was discussed (see here). The idea also that employment is a universal cure-all for everyone on the autism spectrum was also challenged alongside a few of those 'stereotypes' about what kinds of jobs might 'fit' people on the autism spectrum best (see here). Enterovirus encephalitis cropped up twice this month with attention-deficit hyperactivity disorder (ADHD) (see here) and also autism-like (see here) in mind. Knowledge of the impact of viruses is spreading well beyond the somatic it seems (see here).

July
'Person with autism or autistic person?' was a question tackled this month. As perhaps expected, it depends on who you ask. The Cochrane Library said 'no' to chelation for autism (see here). Medical comorbidity is high in adult autism (see here) in case you didn't know; and added to all that literature about functional bowel issues being elevated in relation to autism, the inflammatory bowel diseases are also seemingly over-represented among people with autism (see here). But beware of sweeping generalisations as per the idea that air pollution might not show a connection to the presentation of autistic traits (at least in Europe).

August
There are 6 questions you might ask when screening for autism apparently, and 1 in 46 children in Canada are estimated to have an autism spectrum disorder (ASD). Optimal outcome and autism also continued its research ascendancy; this time in relation to the impact on psychiatric comorbidity (see here). Maternal obesity during pregnancy and offspring autism risk also got the meta-analysis treatment (see here). Digestive enzymes might have a role to play in some autism (see here) and as for fish oils preventing psychosis... well, there may be quite a bit more to see there (see here) (something potentially relevant to some autism too).

September
The Susan Hyman results based on the examination of a gluten- and casein-free (GFCF) diet for autism finally saw the light of day (see here). Alongside the idea that a ketogenic diet might be indicated for 'some' autism, eyes are starting to turn to the idea that food and nutrition might be key areas for autism research and beyond (see here). More needs to be done to encourage discussions about sex with people with autism, and when it comes to more general education, there are quite a few things that can be done to make school life and school transitions easier for pupils on the spectrum (see here). This perhaps includes paying due respect to the value of physical activity (see here).

October
Has the UK unknowingly started screening for autism? If so, should preferential screening perhaps be in place for those who are blind or visually impaired (see here)? Continuing the GFCF diet trend, no the GFCF diet if done properly is not seemingly inherently unhealthy, and one wonders whether it might also impact on those trillions of wee beasties that call us home (see here). Not every child with autism enjoys or is good at maths (see here) but theatre might hold some important promise as a training ground for various skills.

November
The autism numbers game continues: now 1 in 45 for various possible reasons. Head and brain size in autism is complicated (see here) and quite a few more resources are needed to investigate the significance of low vitamin D levels in relation to autism (see here). Pop quizzes like 'are you on the autistic spectrum?' aren't any substitute for thorough screening and assessment (see here) and although autism is not generally thought of as a life-limiting condition, the premature mortality statistics paint a depressing picture (see here). Oh, and there may be some important immune clues to at least some cases of schizophrenia...

December
The idea that practising some of the martial arts might be a useful pastime for some on the autism spectrum continued to tease us (see here). Rather unusually, camel milk as a potential intervention option for some autism also continued on its double-blind, placebo-controlled odyssey (see here). Slightly more worryingly are the findings suggesting that pregnancy antidepressant use might need further examination when it comes to autism (being careful about how to frame such findings) and that almost forgotten nutritionally related diseases such as scurvy might be making a comeback where autism occurs alongside food selectivity issues (see here). Surely preferential screening is indicated from this and other data on other important nutrients? Oh, and PCOS and autism also got some research attention.

In amongst the 300+ posts that graced this blog in 2015, it's always a little difficult to pick out just one pieve of research that I thought was really, really interesting. I'm going to suggest that the paper by Wang and colleagues [1] talking about vitamin D levels and autism represents a 'one to watch' area. Vitamin D is seemingly getting everywhere at the moment (see here) but alongside some preliminary findings looking at genetics of the vitamin D receptor gene (see here) with autism in mind, I'd wager that we'll be seeing a lot more on this topic in future times.

And with that I wish you all Seasons Greetings and a very Happy New Year.