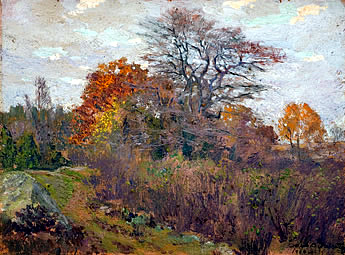 I have quite a bit of time for Harumi Jyonouchi on this blog (see here and see here for example). Not only has Dr Jyonouchi got an eye for some potentially important biological issues associated with at least some cases of autism, she also seems to recognise that behavioural symptoms often seem to go hand-in-hand with other more somatic features as per her work taking gastrointestinal (GI) symptoms into account for example [1].

Another, more recent paper from Dr Jyonouchi caught my eye [2], specifically talking about how "clinicians need to be aware of profound effects of allergy rhinitis on neuropsychiatric symptoms in individuals with limited expressive language." This conclusion comes on the basis of her reporting on two cases - "one with ASD [autism spectrum disorder] and the other with developmental delay, congenital deafness, and other multiple congenital anomalies" - attending a pediatric allergy/immunology clinic for "non-IgE mediated food allergy" and "delayed type food allergy around 4–5 years of age" respectively. In both cases treatment was made using "the second line allergy treatment, omalizmab" (also known as omalizumab), a humanised monoclonal antibody that "inhibits binding of IgE to the IgE receptor expressed on effector cells... and blocks allergen induced immune responses." Normally indicated for patients with 'convincing' IgE-mediated asthma (at least here in Blighty), both children were offered this treatment when first line allergy medications (steroid nasal inhalers, a leukotriene receptor antagonist, and topical ophthalmic solutions for ocular allergy) did not seem to be as effective as they should. Some quite surprising effects are detailed as and when omalizumab was started including a "marked attenuation of their problematic neuropsychiatric symptoms and subsequent improvement in the cognitive development, once respiratory allergy symptoms were under control."

For the child (male, 10 years old) diagnosed with autism, Dr Jyonouchi includes some scores based on the Aberrant Behavior Checklist (ABC) subscales illustrating how correlating with the use of omalizumab, several areas of functioning seemed to improve. Also: "Unfortunately, interruption of omalizmab treatment due to delay in insurance approval, following changes in his insurance coverage, resulted in worsening of his behavioral symptoms in 2015 at 16 years of age. This was again resolved after resuming omalizmab treatment."

Although case reports are particularly interesting in the context of the N=1 with autism in mind (see here) and provide some useful starting points for future research, one has to be slightly cautious in generalising such findings to the larger body of people on the autism spectrum. As I've said many times before on this blog, the growing moves towards pluralising autism (see here) represents one of the more enlightened changes in autism research circles. What this means is that what might be a useful intervention for one person on the autism spectrum, might not necessarily translate to others or all.

That being said, I do find the suggestion of a connection between allergy symptoms and autistic and related symptoms to be a tantalising one. I've previously discussed the idea that allergy and autism (and attention-deficit hyperactivity disorder, ADHD) might eventually show some rather surprising links based on what has been seen in the peer-reviewed science domain (see here and see here) and continues to be discussed [3]. The hints from that research were that more needs to be done and specifically, what happens when allergy and related symptoms are 'treated'; something which the latest Jyonouchi paper has seemingly started to take more seriously.