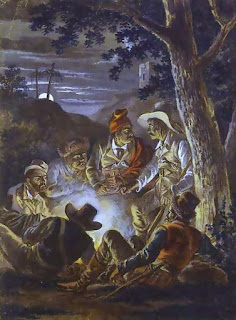 The paper by Sandra Meier and colleagues [1] (open-access available here) is served up for your reading delight today and some continued discussion about the nature of any overlap between the autism spectrum disorders (ASDs) and obsessive-compulsive disorder (OCD).

To save my poor typing hands from further disrepair, I'm gonna refer you back to a post I wrote way back in 2011 on the topic of OCD and autism and the question of symptom overlap vs. discrete conditions (see here) as a sort of starting point for some of the issues to be resolved. More recent ramblings have also covered this topic too (see here).

With several other associations reported, these are interesting data illustrating how various different diagnostic labels seem to interact with one and another and strengthening the need for increased screening and clinical awareness of such comorbidity clusters. There is more to be done in this area specifically with the idea that psychiatric and/or developmental diagnoses might not be the only important factors mediating the relationship between autism and OCD as per other research findings (see here). That something like the presence of tics might also be something to examine (see here) and where this might lead in terms of 'novel' interventions (for some at least) (see here) is something else that I'd like to see added to the research agenda in this area. Indeed, on the theme of intervention for OCD specifically with the endogenous opioid system in mind, one wonders whether autism research might be able to offer some potentially interesting future research projects (see here)...

To close, an interesting article about brand names that are not easily forgotten...