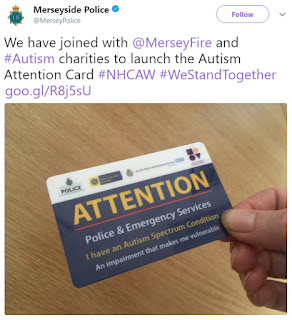 By discussing the paper by Irene Tuffrey-Wijne and colleagues [1] (open-access), I'm once again returning to the complex topic of euthanasia and assisted suicide (EAS) where autism is mentioned (see here and see here).

As per my previous blogging entries on some of the peer-reviewed science on this subject, I'll reiterate how sensitive and contentious this topic is. On the one hand is the primary human freedom to choose. On the other, is another human right: the right to live and the sanctity of life. The two viewpoints collide on this topic (see here).

Tuffrey-Wijne et al follow on from the work of Kim and colleagues [2] by focusing on the Netherlands, where EAS is legal. Legal that is, "provided that statutory due care criteria are met, including: (a) voluntary and well-considered request; (b) unbearable suffering without prospect of improvement; (c) informing the patient; (d) lack of a reasonable alternative; (e) independent second physician’s opinion." The authors searched the records of regional review committees (RTE) who provide oversight on "whether the requirements of 'due care' had been observed" in cases of EAS, looking for any mention of intellectual (learning) disability and/or autism spectrum disorder (ASD). They found a small number of people (N=9) who met these diagnostic criteria and set about analysing whether "the EAS due care criteria are applied." Their conclusions: "The Dutch EAS due care criteria are not easily applied to people with intellectual disabilities and/or autism spectrum disorder, and do not appear to act as adequate safeguards."

Authors provide details on the nine cases, including "selected quotes with regards to the patients’ stated characteristics, diagnosis, and due care criteria." I was particularly struck by some of the reports included under the heading 'unbearable suffering without prospect of improvement' which provides not only insight into how lives can be so totally affected by a diagnosis, but also a reflection of how we (society) continue to fail so many people on so many different levels. I know to use the word 'suffering' in the context of autism for example, has the ability to furrow brows in some quarters. But for these nine people there did seem to be genuine misery and suffering. To quote: "For two patients, for whom various psychiatric and somatic conditions were described, the stated suffering appeared to stem from characteristics of autism spectrum disorder itself, rather than from acquired medical conditions." Factors such as a 'loss of control' and the manifestation of issues stemming from autism "that may not be directly understandable to others" are also detailed.

The authors conclude: "particular caution [is required] in cases of EAS requests from people with intellectual disabilities and/or autism spectrum disorder, with the onus on both physicians and the RTE to demonstrate much more clearly how all due care criteria were met." In other words, countries that have legalised EAS need to do quite a bit more to ensure that vulnerable groups are not unfairly disadvantaged and are supported as much as possible when it comes to making such an extreme decision. I'll also say again (see here), vulnerability is too often seen as a 'dirty word' when it comes to autism, despite there being ample evidence that vulnerability manifests widely across many areas of daily living for those diagnosed. I can think of no more 'final' outcome than EAS where the (supposed implied) recognition of vulnerability needs to be paramount to any decision being made.

As per the opening paragraph to this blog entry, there is a balance to be struck between the sanctity of life and personal choice in this area. But that 'choice' needs to be an informed choice; with the requirement to ensure that any "such [EAS] legislation includes sufficient safeguards to protect vulnerable patient groups."

[1] Tuffrey-Wijne I. et al. Euthanasia and assisted suicide for people with an intellectual disability and/or autism spectrum disorder: an examination of nine relevant euthanasia cases in the Netherlands (2012–2016). BMC Medical Ethics. 2018; 19: 17.