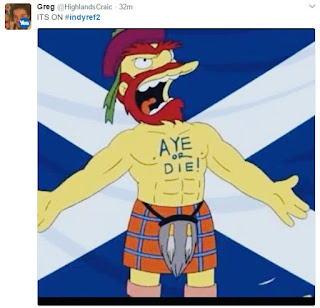 So said the study findings reported by Agnieszka Butwicka and colleagues [1] who, yet again, relied on one of those oh so important Scandinavian nationwide [research] registries to look at potential extra-intestinal comorbidity associated with a diagnosis of coeliac (celiac) disease. This research group have been pretty active in 'mining' the Swedish population databases in relation to various aspects potentially linked to labels like autism (see here and see here for examples). Importantly, at least one of the authors has also talked about how any connection specifically between coeliac disease (CD) and autism is likely to be rather complicated (see here).

OK, back one step. Coeliac disease (CD) is the premier autoimmune condition - that's autoimmune condition not allergy - where dietary gluten is the [mostly modifiable] baddie. There is a growing realisation in the peer-reviewed science community that aside from the gastrointestinal (GI) manifestations of CD, it looks like extra-intestinal 'effects' are not uncommon too (see here for example) including those affecting early years development (see here). Of the myriad of other diagnoses/labels that have been mentioned alongside CD down the years, autism or ASD has cropped up more than once; leading some to suggest that there may be a connection between the two diagnoses and onward, the need for additional screening (see here). I might add that the gluten connection to CD also overlaps with 'some' research hinting that dietary gluten might have 'effects' for some on the autism spectrum too (see here).

The current Butwicka results represent something quite important. No, they do not infer that everyone diagnosed with autism or ADHD or mood disorder or anxiety disorder has CD but rather that these labels are not protective against the development of CD. Indeed, something else important is mentioned by the authors: "In contrast, siblings of celiac disease probands were at no increased risk of any of the investigated psychiatric disorders." This implies that the relationship, in general terms, seems to be quite specific to the biology / genetics and clinical course of CD and those other developmental/behavioural/psychiatric labels.

Then a tantalising question: what happens to these extra-intestinal labels/conditions when CD is managed/treated via a gluten-free diet? Well, we'll have to wait and see for the science to catch-up but I daresay for some, treating CD might be an important step to managing other labels too (see here)...

Music to close: and double-denim never really went out of fashion y'know...