The force is strong with autism? 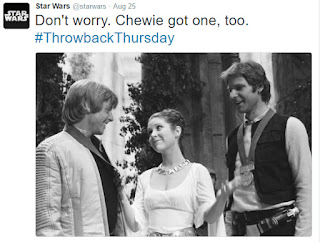 "Tablet and phone games could help diagnose autism, study suggests" went the BBC headline covering the paper by Anna Anzulewicz and colleagues [1] (open-access). The idea being that the way that touch screens are used on tablet and smart phones could potentially 'separate out' those with autism from those with not-autism.

Based on a small participant number of "37 children 3–6 years old with autism and 45 age- and gender-matched children developing typically" researchers set about examining "autism-specific motor patterns in the gameplay of children as they engaged with a smart tablet computer (iPad mini) under natural conditions and with minimal instructions." Motor issues accompanying autism are something gaining some renewed (and welcomed) research attention in recent times (see here). Specifically, researchers were utilising the astounding technology that goes into all those swipes and taps that we're also used to these days, and whether under 'serious' game conditions, aspects like force impact and gesture pressure could differentiate the two groups.

As per the headline and the rather cheesy title to this post, there were some differences picked up between the autism and control groups based on touch and swiping responses being put through their machine-learning paces (something else that has a growing following in autism research circles). So: "The inertial data indicate children with autism engaged in gameplay with greater force of impact than those developing typically." This and other potential differences led researchers to conclude that: "children with autism applied a significantly different distribution of forces into the device during gameplay than the typically developing children did."

Whilst interesting research there is quite a bit more to do before anyone starts using taps and swipes as a means to diagnose autism (or anything else). I don't really need to say that this was a study including a relatively small participant group nor that whilst "All participants had normal or corrected-to-normal vision and no other sensory or motor deficits" this does not preclude the possibility that subtle issues might also be at work (see here). That also recent discussions have suggested moving away from the singular diagnosis of autism as a research starting point is also worth reiterating (see here).

Still, I can see some opportunities arising from this area of research and how perhaps combined with other innovative areas of screening and diagnosis there may be much more to see including how subtle differences in movement might also influence variables such as interaction [2]. Yes indeed, "smart tablet technology offers an attractive, new paradigm for clinical autism assessment and bio-behavioural research of pre-school children, enabling engaging, ecological testing of children’s motor behaviour in a fun, accessible format fit for precise computational analysis of neuropsychological function."

To close: Danny Boy (from the Proms 2013 although this years version was pretty good too).