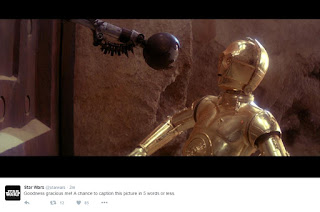 So said the results of the meta-analysis and systematic review published by Ping-Tao Tseng and colleagues [1] (open-access available here) based on the suggestion that "both IBS and BD may, at least partially, share a similar mechanism of pathophysiology" specifically with immune function in mind.

Building on previous research suggesting that (a) various psychiatric comorbidity might be over-represented in IBS (see here) and (b) that gastrointestinal (GI) inflammation and immune activation might not be unstrange bedfellows in at least some cases of BD (see here), the old gut-brain axis receives some important support from these latest findings. Bipolar disorder (BD) I should explain, is characterised by episodes of depression and mania and vice-versa.

The hows and whys: some 170,000 people diagnosed with IBS and 190,000 not-IBS controls were included from 6 studies that met the authors' criteria for inclusion. Two of the six studies originated from Taiwan and that oh-so-useful resource that is the National Health Insurance Research Database (NHIRD). In those diagnosed with IBS: "The prevalence rate of BD was significantly higher in the IBS patients than in the HCs [healthy controls] (OR = 2.48; 95% confidence interval [CI]: 2.35–2.61; P < 0.001)." The authors also suggested that they "could not find any significant association between the comorbidities of DM [diabetes mellitus]/hypertension and the prevalence rate of BD in IBS patients."

The authors provide one or two caveats regarding their results, not least that a meta-analysis is only as good as the studies it includes (see here for another example of how this might play out). They stress the observation-only link between BD and IBS in their paper "rather than any mechanistic explanation of the comorbidity of these 2 diseases." So, there is more to do in this area. Interestingly too, they also talk about what their findings might mean for the practice of prescribing antidepressants in cases of IBS. To quote: "We suggest that clinicians and researchers start to investigate the possibility of a phase-shift to manic episodes in IBS patients treated with antidepressants." Indeed.

I'm gonna conclude with two further points that might provide some avenues for further scientific investigation in this area. First is the idea that treating [some] IBS with specific probiotic formulations seems to be in the research and clinical ascendancy these days (see here). The question is what effect (if any) such treatments might have on accompanying BD symptoms? Y'know taking into account that those trillions of wee beasties that call our gut home (the gut microbiota) might be doing so much more than just digesting food and making the odd nutrient or two? At this point I might also bring to your attention the case report from Grossi and colleagues on IBS, probiotics and autism [2] that will be gracing this blog soon. This is made all the more interesting by the suggestion that bipolar disorder might not be an unstrange diagnostic bedfellow with autism (see here). Second is the potentially intersecting research talking about states such as [some] mania as perhaps being linked to bacterial infections (see here). Stay with me on this one, but is it at all possible that infection - possibly a GI-related infection - might affect both bowel and behaviour at the same time? What can we do about this? Questions, questions, questions...