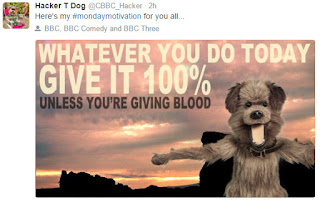 The suggestion, from Caroline Montén and colleagues [1], that the neuropeptide called neurotensin might play a role in paediatric coeliac disease is an interesting one that caught my eye recently. Interesting not only because of the potential implications for the archetypal 'gluten-causing' autoimmune condition called coeliac disease, but also because neurotensin might have some rather important links to [some] autism too [2].

OK, a quick recap is perhaps useful. Neurotensin when it comes to autism typically means one name, Theoharis Theoharides, he of mast cells fame (see here). The idea is that neurotensin (NT) is, among other things, quite a 'potent trigger' of mast cells and when activated these mast cells can release their inner contents that include quite a few substances linked to allergic inflammation. At least some of the talk linking 'inflammation' and autism might include a role for mast cells [3]  and so hey presto, a potentially important chain of biological events might therefore be linked.

Going back to the original Montén paper on NT and coeliac (celiac) disease, researchers set about investigating "if plasma pro-NT levels correlated with the degree of intestinal mucosal damage and tissue transglutaminase autoantibody (tTGA) levels in children with celiac disease." They did find elevated levels of one of the NT precursor fragments in a coeliac disease group (n=96) compared with controls (n=89) and there did seem to be something of a possible connection between pro-NT levels and tTGA. On these basis, they concluded that NT might indeed be linked to the intestinal inflammation noted in cases of coeliac disease. Mast cells might also be important to coeliac disease too according to recent findings.

Accepting that coeliac disease is not autism (even though in some individual cases they may be linked [4]), there are a few further studies that might be required on this topic with autism in mind. As I've already mentioned, inflammation - particularly inflammation of the gastrointestinal (GI) tract - is not something unheard of in autism research/practice circles (see here). I know furrowed brows can be associated with this area of discussion but I'm talking about peer-reviewed science not anecdote and speculation. One might for example, see an investigation whereby those with autism and GI-related issues (including an inflammatory component) might be more closely inspected for something like NT to see if it is something important. You could even include those potentially falling into the grey area of non-coeliac gluten sensitivity (NCGS) if you so wished (see here). Given also related findings for some on the autism spectrum in relation to tTGA too (see here) and the possibility of another link there with NT, some brave research team might also wish to inspect this parameter. I might also suggest that looking at gut motility patterns in relation to NT levels could be another area ripe for further investigation with autism in mind (see here) given some previous discussions on the effects of NT.

Just a few suggestions for how a little more work in this area might prove illuminating.

Insofar as what to do about a possible link between NT and autism, well someone it seems has already started that conversation [5] and discussions are seemingly continuing in the peer-reviewed domain [6]...

[5] Ghanizadeh A. Targeting neurotensin as a potential novel approach for the treatment of autism. Journal of Neuroinflammation. 2010; 7:58.