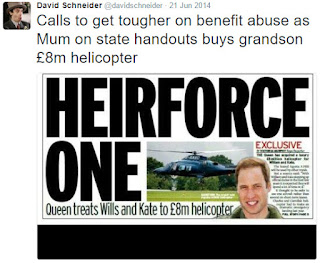 "School-based interventions should address malleable factors such as the number of peer connections and received friendships that predict the best social outcomes for children with ASD [autism spectrum disorder]."

So said the study findings reported by Jill Locke and colleagues [1] looking at "the stable (unlikely to change) and malleable (changeable) characteristics of socially successful children with ASD."

Mindful that the phrase 'socially successful children' is perhaps not one that I'm particularly enamoured with, and certainly not one that necessarily opens the doors to 'successful' academic outcomes in childhood for example (see here), the Locke paper makes for interesting reading.

Looking at nearly 150 "elementary-aged children with ASD" authors listed a number of factors linked to 'playground peer engagement' and 'social network salience ' a.k.a playing with other children in the school yard and "inclusion in informal peer groups." The severity of autistic symptoms was unsurprisingly a key feature as was those numbers of 'peer connections' and 'received friendships'.

What do these results mean? Well, minus sweeping generalisations, there may be some pretty easy ways that 'social outcomes' can be positively influenced for at least some children on the autism spectrum; not least one important variable: friends. Yes, a shocker I know.

I've used the term 'easy ways' and 'friends' in that previous sentence to denote how [sometimes] complicated and expensive/resource intensive interventions to 'increase social outcomes' when it comes to the label of autism really might not be the most effective use of resources. I however understand that friends, real friends, are not just something that can be magically produced on demand and that also friendships, whilst in the end generally worthwhile, are not without their own stresses and strains (some of which might be even more stressful and strainful(!) for a child on the autism spectrum).

One approach that does seem to be finding some favour in the peer-reviewed domain at least is that of employing a buddy system. The findings reported by Laushey & Heflin [2] whilst not without their methodological issues, provide some important assertions that a peer buddy approach might be something for schools to consider for some pupils with autism. I know some people might argue that a buddy is not the same as a friend but I'm not one of the them: opportunity (not necessity) is the mother of invention. Visit most schools (at least in here in the UK) and you will see similar arrangements being made for pupils whether diagnosed with autism or not. That and use of 'buddy/friendship stops' in certain parts of the playground and you'll see how important socialisation is viewed for all school pupils.

I'm also a greater believer that sport and exercise can be an important part of inclusion practices when it comes to autism - something equally applicable to school. Y'know, those team games that help build and forge important bonds between children particularly when it comes to competitive team games, also introducing the important concept of 'belonging'. I appreciate that finding the right sport is important in terms of likes/dislikes and ability but there are quite a few options out there. Indeed, drilling further down into the concept of 'belonging', one can perhaps see how even at elementary school age, finding your social niche can open up a whole world of new friends/associates thus implying that school clubs (e.g. Lego club, ICT club) might also be an important intervention tool too.

I don't want to come across too formulaic or mechanical when it comes to how to improve social outcomes for children on the autism spectrum because there is not one-size-fits-all 'flowchart' to this issue. Appreciating also that some children on the autism spectrum might not necessarily want to be 'social butterflies' there has to be some indication from the child as to the extent of their wants and wishes when it comes to social interaction also taken into account.

I should also remind readers that when it comes to friendships, children can be a rather fickle bunch...