On glyphosate and autism (without scaremongering)

Glyphosate use and autism rates - should I blog about it? 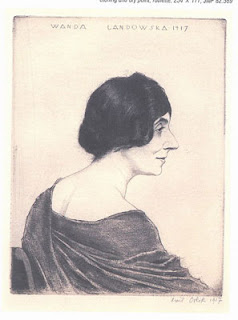 Well, after some deliberation I decided it was a topic worthy of an entry. There is some peer-reviewed science discussions behind it and, as per other areas of controversy on the autism research landscape, the idea that 'science is about debate' (why else does everyone keep going on about open-access and transparency) should always prevail.

I'm assuming most people have heard of the organophosphonate (that's phosphonate not phosphate) herbicide glyphosate - N-phosphonomethylglycine - over the course of its discovery and use under the trade name Roundup. First patented as a chelating agent (another area of 'discussion' with autism in mind) glyphosate has been successfully killing weeds for quite a few years by interfering with some of the chemistry of the aromatic amino acids tryptophan, tyrosine and phenylalanine via its actions on the shikimate pathway. As per many other herbicides, such formulations always require a degree of care in their use given the possibility of side-effects following accidental over-exposure. Indeed, government agencies are cottoning on to this fact (see here).

The debate on glyphosate and its potential effects on human and animal health has been a hot one in recent times. Partly overlapping with the introduction of genetically modified (GM) crops that are glyphosate-tolerant (Roundup Ready) by the company who initially brought glyphosate to the market, the safety angle of glyphosate has been scrutinised and debated. Only this year (2015), an arm of the World Health Organisation (WHO) described glyphosate (and several organophosphate pesticides I might add) as "probably carcinogenic to humans". Following such an announcement, quite a few media column inches were produced as one might expect.

Set within that context, discussions have turned to whether there may be other 'effects' following the fairly widespread use of glyphosate. Perhaps inevitably, autism, and particularly the quite phenomenal increase in cases of autism, has been suggested to be 'linked' to the use of glyphosate. One might say that in this respect, glyphosate is a victim of its own success insofar as how widely it has been and is currently used.

The paper that seems to have started the ball rolling suggesting a link between glyphosate and autism is that from Anthony Samsel and Stephanie Seneff [1]. A review paper focussing specifically on the proposed inhibitory actions of glyphosate on CYP enzymes, mention of autism in the text and particularly that "glyphosate may be the most significant environmental toxin contributing to autism" was bound to stir up debate. With added soundbites about how half of children will be born with autism in the United States by 2025 and graphs correlating autism prevalence and glyphosate use, such observations were ripe for speculation and discussion.

Further papers from Samsel & Seneff [2] have continued the theme that autism may be one of many conditions/labels where glyphosate might be implicated. Drawing on animal and plant studies implicating glyphosate use with specific depletion of manganese (Mn), a whirlwind of research studies and references have been used to link such depletions to autism (and associated aspects such as anxiety) among various other conditions. To quote: "Many diseases and conditions are currently on the rise in step with glyphosate usage in agriculture, particularly on GM crops of corn and soy. These include autism, AD [Alzheimer's disease], PD [Parkinson's disease], anxiety disorder, osteoporosis, inflammatory bowel disease, renal lithiasis, osteomalacia, cholestasis, thyroid dysfunction, and infertility. All of these conditions can be substantially explained by the dysregulation of Mn utilization in the body due to glyphosate." Just in case you thought that Samsel / Seneff are the sole research team talking about glyphosate use and autism rates, I'll also refer you to the paper by Cynthia Nevison [3] that has been previously discussed on this blog (see here).

As other commentators have noted, there are a few considerations to mention about the discussions so far on any relationship between glyphosate use and autism. That 'correlation is not the same as causation' is perhaps the most important element to the data as they currently stand given that, to my knowledge, no-one has actually published any peer-reviewed results on levels of glyphosate and/or metabolites in people with autism and/or other family members compared to asymptomatic controls for example. It's not as if such a feat is too complicated given the various means and methods already published on this topic [4].

'Correlation is not the same as causation' is one of the themes also discussed in the review paper by Miguel Faria [5] who provides an important discussion to some of the points raised by Samsel & Seneff. I don't want to head too much into this quite long commentary on the Samsel / Seneff paper (complete with author replies) but it does strike me as providing something of a counter-balance to the very hypothesis-based writings of the original authors. That glyphosate is one of a multitude of herbicides and insecticides in use is an important point made in terms of the difficulties in disentangling it from the 'chemical soup' (not to demonise) that we live our lives in these days. The only other thing that I might mention is my much-used notion about the continued pluralisation of autism (see here) and its varied comorbidity as being something to bear in mind when it comes to any discussions about aetiology.

Where next, or is there even 'a next' for looking at any possible relationship between glyphosate use and autism rates? Well, I'd like to think that autism research can learn a lesson or two about not throwing out baby and bathwater when it comes to theories about [some] autism as per what seems to have happened to something like methylmalonic acid (MMA) and autism (see here) for example. It's not beyond the realms of possibility that certain chemicals or mixtures might be linked to autism risk and/or onset as per preliminary research talk about dioxin exposure being potentially linked to [some] autism or autistic traits (see here) albeit with a lot more follow-up research required.

But such research needs to be done with care and assiduity; mindful that this is a topic that will inevitably garner significant attention (as per the editorial sentence on the original Samsel / Seneff paper: "Note added by the Publisher: This paper attracts great attention.") and knowing what can happen sometimes when science and media mix (see here).

Perhaps a little less focus on soundbites and more on cold, objective science is the best way forward in this area?