Of vaccines and monkeys 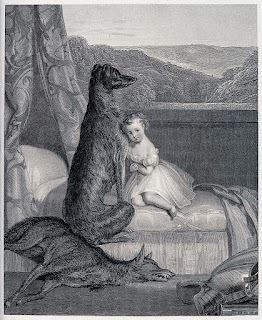 "These data indicate that administration of TCVs [thimerosal-containing vaccines] and/or the MMR [measles, mumps, rubella] vaccine to rhesus macaques does not result in neuropathological abnormalities, or aberrant behaviors, like those observed in ASD [autism spectrum disorder]."

Those were the findings reported by Bharathi Gadad and colleagues [1] (open-access available here) and their study providing "a comprehensive analysis of the influence of TCVs on the brain and behavior in a nonhuman primate model."

Giving infant rhesus macaques "the recommended pediatric vaccine schedules from the 1990s and 2008" and various combinations of vaccinations including MMR vaccine and vaccines on an "accelerated schedule" in contrast to saline (placebo) injections, authors reported no significant differences among behavioural or neuropathological parameters inspected as a function of vaccination status.

Although a little late in getting to this research, I believe this study also ties in with other recent results from some of the same authorship group [2] also suggesting that over a 5-year period of inspection, there was "no consistent evidence of neurodevelopmental deficits or aberrant behavior in vaccinated animals." Readers might also like to read an additional paper from the authors talking about the usefulness of animal models when it comes to autism research [3] among other things.

Appreciating that to mention immunisation and autism in the same sentence can stir up some significant emotions (readers may like to read Tom Insel's post on the Four Kingdoms of Autism as a background), I was drawn to blog about the Gadad paper because it is peer-reviewed science. Alongside the growing evidence base suggesting that there probably is no population-wide link between various vaccine administrations and risk of autism (see here) and the important public health message about the value of immunisation, the Gadad data represents some good longitudinal animal science.

If I had to quibble in anyway about the study, it would be that monkeys are monkeys and not humans (similarly applied to other animal models), and that the animal participant numbers were pretty small bearing in mind that said animals were eventually sacrificed for neuropathological inspection. I'd also suggest that whilst there is evidence that autism is correlated with certain brain regions (see here for example), the jury is still out on making any generalised assumptions to the very, very wide autism spectrum complete with added risk of various comorbidity. Others have also similarly mentioned that not all vaccine groups were fully studied and data presented in the current Gadad paper, so maybe there is more to come from this research project.

The use of nonhuman primates as 'subjects' in the debate about any link between vaccination and 'neurodevelopmental outcomes' has had its fair share of twists and turns down the years. Some readers might remember the peculiar case of another paper from Laura Hewitson and colleagues [4] titled: 'Delayed acquisition of neonatal reflexes in newborn primates receiving a thimerosal-containing hepatitis B vaccine: influence of gestational age and birth weight' that is listed as 'withdrawn' under another entry on PubMed [5] albeit published in another journal. On that occasion, researchers suggested that their data pointed to a possible interaction between birth weight and gestational age when it came to hepatitis B vaccination and the presentation of early reflexes in animals. Other papers from this group [6] have similarly proved controversial, insofar as the reported effects of a pediatric vaccine schedule on aspects of opioid ligand binding for example (with others challenging the results [7] and an author reply). This area seems to court controversy.

I will end however by reiterating the findings reported by Gadad et al reporting the lack of adverse effects of the pediatric vaccine schedule on some of our closest cousins in the animal world. This does not mean that continued vigilance should figure any less (even perhaps with certain groups in mind [8] as per other musings) with regards to this aspect of our pharmaceutical armoury nor that other factors around the time of vaccination are necessarily 'off the hook' [9] as potentially being important to [some] autism. But it does provide some important data pertinent to discussions on the risk/benefit ratio of immunisations and their potentially far-reaching benefits [10].