Autism symptoms in children with ADHD 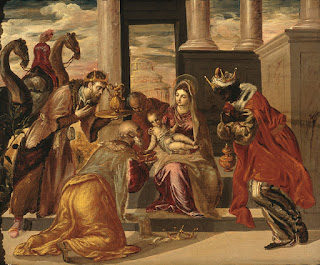 So said the findings from Jessica Leigh Green and colleagues [1] following their investigation of over 300 6-10 year olds looking at the prevalence of autistic symptoms "in a community-based sample of children with attention-deficit/hyperactivity disorder (ADHD) and non-ADHD controls." Conners 3 and the DISC-IV represented the analytical starting point pertinent to a diagnosis of ADHD, with autistic symptoms assessed via the Social Communication Questionnaire (SCQ).

As per the starting sentence, those diagnosed with ADHD (n=164) tended to present with quite a few more autistic traits than those without ADHD (n=198) and, importantly: "Greater ADHD symptom severity was associated with greater ASD symptom severity." Boys with ADHD also tended to fare worse than girls with ADHD when it came to the presentation of autistic symptoms. Ergo, yet again (see here) there seems to be something of an important 'connection' between autism and ADHD.

I don't think many people with some knowledge and interest in the intersection between autism and ADHD will be surprised by the Green results added to other recent findings [2]. As per the Gillberg concept of ESSENCE (see here) the fuzziness of child behaviour when it comes to identifiying psychopathology almost implies that there will be overlap in the presentation of specific labels. That specific interventions put forward for some autism might also be affecting ADHD-type symptoms more strongly than core autistic traits (see here) offers even more evidence for a connection between diagnoses/symptoms.

More research is of course implied in such findings, including that into what other symptoms might overlap the conditions [3] (yes, I'm talking about you motor issues) and the hows and whys of ASD + ADHD translating into a greater risk for future adverse outcomes as per other research in this area (see here). Whether too other factors such as poverty might also affect an autism-ADHD combination type (see here) also requires further study. Realisation that autism nor ADHD seemingly exist in a diagnostic vacuum is an important point raised from this and related work as we move further into the idea of comorbidity clusters (see here).