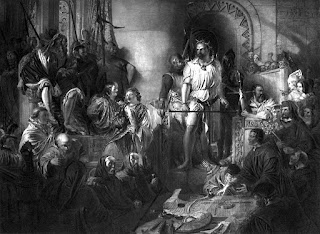 I'm starting to sound like a broken record (those 'plastic circle things that used to play music' for the younger crowd) when it comes to the topic of vitamin D and depression on this blog. The idea that there may be an important 'correlation' between the presentation of depression, at least some types of depression, and lower levels of circulating vitamin D is something I've covered a few times in previous entries (see here and see here).

Continuing the theme, I'm bringing the paper by Roland von Känel and colleagues [1] (open-access available here) to your attention today and findings that: "Low vitamin D levels are frequent in hospitalized patients with a current episode of depression." Further: "Especially 25-OH D levels <50 nmol/l were associated with cognitive/affective depressive symptoms, and anhedonia symptoms in particular." Anhedonia, as per another mention on this blog (see here), can be an important part of depression insofar as the inability to derive pleasure from activities usually found pleasurable.

OK, so researchers "aimed to examine the association of vitamin D levels with the severity and dimensions of depressive symptoms in hospitalized patients with a current episode of depression taking into account confounding variables." To do this, some 380 inpatients at a clinic in Switzerland were probed in relation to their presentation of depression whilst also having their functional vitamin D levels measured via analysis of of serum levels of 25-hydroxyvitamin D3 (25-OH D). They were subsequently grouped into categories: "25-OH D concentrations >75 nmol/l were considered sufficient vitamin D. Levels between 50 and 75 nmol/l and <50 nmol/l of 25-OH D were defined insufficient and deficient vitamin D levels, respectively." Data on various other 'covariates' were also collected and measured including psychiatric comorbidity and levels of C-reactive protein (CRP), an important marker of systemic inflammation.

Results: well, aside from depression, psychiatric comorbidity was present in quite a proportion of participants. About a quarter of the cohort also met criteria for anxiety disorder and about 7% could be diagnosed with post-traumatic stress disorder (PTSD). Also: "32.6% were obese." Over 50% of participants fell into the vitamin D deficiency grouping and only 12% were described as vitamin D sufficient.

And the primary finding: "We found that vitamin D deficiency was significantly associated with increased levels of depressive symptoms in patients hospitalized with a depressive episode." That and the very specific link/correlation suggested with anhedonia symptoms led authors to conclude that there may be quite a bit more investigation to do in this area including whether: "it might be prudent to supplement this patient population with at least 800 I.U. [international units] daily of vitamin D."

These are interesting data despite the fact that this was an observational study and as the authors themselves noted, did not adjust for factors such as physical activity levels nor actual exposure to vitamin D sources (outside of supplementation). One also has to bear in mind that this was another study of correlation over and above actual causation, so we can't get too carried away with things.

But... in the context of quite a few other 'correlation' type studies including further data on a temporal association with depressive symptoms [2] I'd be minded to suggest that this is an emerging area in psychiatry. I know that vitamin D has been 'linked' to quite a few extraskeletal conditions in recent times (see here) and there is always the risk that it might be seen as something too generalised to be relevant. But in these days of increasing focus on reducing health inequalities in relation to psychiatry (see here), I'd be minded to suggest that one shouldn't lose sight of deficiency as and when it occurs and whether tackling said deficiency might not have other important repercussions...