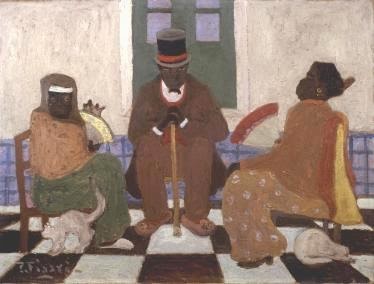 I recently came across the paper by Martina Barnevik Olsson and colleagues [1] (open-access) and their rather interesting take on the issue of optimal outcome and autism (see here for some background on this concept).

Based on the idea that a diagnosis of autism or autism spectrum disorder (ASD) might not be as immutable as perhaps once thought (as in 'no longer meeting the diagnostic criteria for the condition'), Barnevik Olsson et al reported that loss of the autism/ASD label does not necessarily translate into typical developmental service being resumed. Indeed, that the concept of ESSENCE (Early Symptomatic Syndromes Eliciting Neurodevelopmental Clinical Examinations) or autism+ if you prefer, might still influence clinical presentation and the subsequent continued "need of support, educationally, from a neurodevelopmental and a medical point of view."

Results, and a long quote coming up:

"At the new follow-up around age 10 years, all the children had major behavioral and/or academic problems. Of the 13 children with social interaction problems in the semistructured parental interview, 12 also had repeated tantrums, nine had difficulties with hyperactivity or impulsivity, and two with passivity. Eleven of the children had difficulties concentrating, and ten had speech problems. Hence, it was evident that a majority of the children had problems in several different domains." The authors note that many of these presented symptoms fall under the umbrella term of ESSENCE. Further, that of the 14 children who's parents were available for the A-TAC interview, three of them were again considered to meet the criteria for ASD and "another six had pronounced subthreshold ASD symptoms."

Hopefully without the 'I told you so' attitude coming out to much, I have covered the issue of optimal outcome not necessarily translating into 'symptom-free' before on this blog (see here). Once again, I'm not trying to reverse my excitement about the original results from Deborah Fein and colleagues [2] but rather pushing the idea that autism is very often much more than the sum of the triad/dyad of characteristics which we use (see here). Further research from Fein and colleagues [3] has also hinted that functioning outside of the label of autism does not necessarily translate into a complete loss of certain issues too as has data from other groups.

Fluidity in the presentation of autistic traits is still something of real interest to autism research including that reaching into adulthood (see here). The Barnevik Olsson results add to that interest, incorporating the idea that quite a bit of the heightened comorbidity potentially present alongside a diagnosis of ASD may very well have some pretty significant effects on a person in terms of daily functioning and onwards issues affecting quality of life [4]. In policy terms, what this means is that just because a child (or adult) drops off the autism spectrum symptom threshold wise, may not necessarily translate into no additional help and support being required. Indeed, as per the increasing interest in the DSM-5 criteria change for autism (see here) and the rise and rise of labels such as social communication disorder (SCD) one wonders how many optimal outcomers will merely fall out of the autism/ASD label and into the SCD category?