Autism awareness among the young is actually quite good 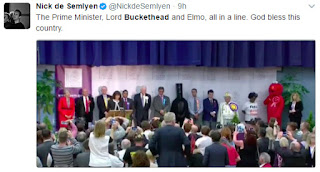 Based on analysis of "two large-scale surveys: the Kids Life and Times survey for 11-year olds and the Young Life and Times survey for 16-year olds" yielding some 3300 children and young adults, researchers posed various questions including those pertinent to autism awareness. The results suggested that some 80% of teenagers had some knowledge about autism compared with about 50% of younger children. Most participants held positive attitudes towards autism including recognition that bullying is an issue that some on the autism spectrum are particularly at risk of. Further: "Self-reported prevalence of autism was 3.1% for teenagers and 2.7% for the younger children." That last point was based on the study population being based in Northern Ireland (which interestingly, has recently reported a rather large upswing in the number of formally-diagnosed cases of autism too).

These are rather positive results insofar as the recognition of autism and indeed, how common it is in modern times. It is perhaps not unexpected that some of these authors have some research form in this area [2]. The authors frame the result in terms of boding well for "peer-mediated support strategies for inclusive education" but I think they go much further than that. Assuming that awareness covers the entire spectrum of autism (see here) and not just a part/branch of it, I'd like to think these findings go some way to supporting efforts to 'make autism more visible' and onward, ensuring that the wants and needs of those on the spectrum are more readily expressed and addressed. Media and culture probably has a lot to do with such findings (see here for example) but the fact that many classrooms and schools do now cater for students on the autism spectrum no doubt played an important role in these findings.