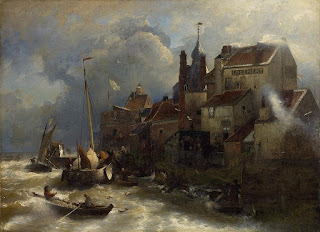 I'm not going to keep you too long today as I introduce the paper by DeWayne Lazenby and colleagues [1] and some rather interesting data on whether early language use might help predict those toddlers who are at subsequent risk of being diagnosed on the autism spectrum.

Based on the prospective analysis of over 300 infants - "some of whom were at high risk for developing ASD [autism spectrum disorder]" - authors went about analysing various aspects of language using among other things, the MacArthur-Bates Communicative Developmental Inventories (CDI). They reported a few potentially interesting details including: "lower receptive and expressive language scores in infants who later were diagnosed with ASD" based on their testing round about 12 months of age. Further: "a Rasch analysis indicated that infants who later developed ASD had a higher degree of statistically unexpected word understanding and production." They concluded that there may indeed be more to see when it comes to language use in early childhood as a potential marker of subsequent autism diagnosis. Such findings accord with other data from some of the authors [2].

Accepting that within the very wide and heterogeneous autism spectrum probably better defined by the plural autisms (see here) there may be lots of factors influencing first presentation including the variable of regression (see here), these are important findings. Notwithstanding the notion that autism seems not to be protective against other language-related issues being potentially comorbid [3] and the effect that might have on early presentation of language, the idea that speech patterns might direct a child towards preferential early screening for autism is useful in light of the emphasis on early screening [4] and the 'clear benefits' of early intervention [5].

As part of the growing interest in aspects of telemedicine and mobile health, the recent news about ResearchKit being applied to autism (see here) might well provide something of an important platform whereby information about facial expressions is further combined with assessment of speech patterns and production (including aspects such as intonation [6] etc). This does not mean that every single early presentation of autism will be 'picked up' by such technology, but it does perhaps offer a way that technology can ease some of the significant pressures on clinical resources pertinent to identifying autism early and accurately.

And whilst we're on the topic of language and autism, I can recommend another article by Tager-Flusberg [7] worth a read...