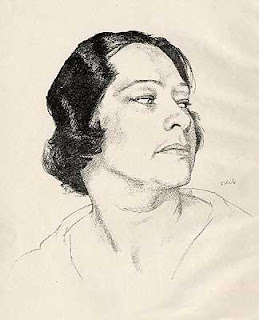 The findings reported by Gayle Windham and colleagues [1] caught my eye recently and their observations based on the examination of mid-pregnancy serum hormone and protein markers for some 2500 mothers of children diagnosed with an autism spectrum disorder (ASD) compared with 600,000 controls.

I perhaps need to do a little 'defining' before progressing any further with this post. Unconjugated estriol (uE3) refers to an estrogen. It becomes the dominant oestrogen during pregnancy; produced by the baby's liver and placenta. Measured levels of uE3 during the 2nd trimester of pregnancy have been linked to various 'outcomes' including the possibility of Down's syndrome and neural tube defects.

Human chorionic gonadotropin (hCG) is another hormone; one that is normally used to confirm pregnancy. During pregnancy, levels of hCG can also be used to determine Down's syndrome. Serum alpha-fetoprotein (MSAFP) is the most abundant plasma protein found in the developing foetus. During pregnancy, extremes in levels of MSAFP can indicate issues in pregnancy. Combined together, these various hormones/proteins make up the so-called triple test, that when added to information such as maternal age and stage of pregnancy, can classify a pregnancy as being high or low risk for chromosomal abnormalities. That being said, the test is by no means perfect.

Windham et al report some rather complicated results based on adjusted odds ratios (AOR) when it came to autism vs control samples. So: "Lower uE3 (AOR for < 10th percentile vs. 25th-74th percentiles = 1.21, 95 % CI 1.06-1.37), and higher MSAFP (AOR = 1.21, 95 % CI 1.07-1.37 for > 90th percentile) were significantly associated with ASD. A U-shaped relationship was seen for hCG (AOR = 1.16, 95 % CI 1.02-1.32 for < 10th percentile; AOR = 1.19, 95 % CI 1.05-1.36 for > 90th percentile)." Lower uE3 is a trend found in relation to Down's syndrome. Higher MSAFP however runs slightly counter to what has been discussed in relation to Down's syndrome. By contrast, elevations in MSAFP tend to be more readily linked to pregnancies where neural tube defects may be present. What this all means is that yes, these results could indicate the involvement of prenatal hormones and chromosomal issues in relation to 'some' autism, but science still needs to go a little way before anyone talks about a triple test being applied to autism (and the ethical issues that this might bring).

I think it's also worthwhile briefly bringing in a few caveats to such pregnancy testing that could be pertinent to other autism research findings. As per other information, a mother's weight during pregnancy can affect what results you get - "Serum marker levels tend to be decreased in heavier women, and increased in lighter women." If you map this on to the research talking about maternal obesity linked to some autism (being careful not to generalise here), you can see how adjustments might have been / have to be made. Ethnicity is another factor that needs to be kept in mind. Also: "AFP and uE3 levels tend to be low (about 8% and 6% respectively) in women with insulin dependent diabetes mellitus." This is particularly interesting in view of the quite consistent literature detailing how gestational diabetes seems to show a connection to risk of offspring autism (see here). Various other factors (vaginal bleeding) can similarly affect results.

The Windham results are nevertheless interesting and are strengthened somewhat by the large participant numbers included for study. That other groups have similarly talked about elevations in MSAFP in relation to autism [2] increases the confidence that there may something further to see in this area, at least for some autism.