ADHD and asthma (yet again) 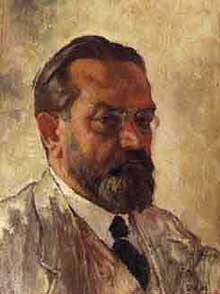 "Children with ADHD [attention-deficit hyperactivity disorder] have a higher prevalence of asthma than the general Quebec pediatric population."

So said the findings of the study by Grizenko and colleagues [1] adding to quite a volume of research potentially connecting the two conditions. During this latest foray into this area of research, researchers also observed that: "Children with ADHD born prematurely and/or those whose mothers experienced stress during pregnancy have a significantly increased risk of developing asthma" so putting a little more scientific flesh on to the bones of any connection between ADHD and asthma.

This is a topic that interests me on this blog. Having talked about the possibility of a link between asthma and ADHD several times (see here and see here and see here) it is not new news that there may be quite a bit more to see in this area. That ADHD might be one of the more common diagnoses 'over-represented' when it comes to autism (see here) also provides an interesting 'correlation' to other subject matter too (see here) albeit with caveats (see here).

I don't really want to repeat myself over the possible hows and whys of any connection between ADHD and asthma (e.g. genetics, immune function, gut bacteria, medication and/or pollutants); suffice to say there are several hypotheses and any link is likely to be complicated and not necessarily generalisable to all cases. I will however reiterate the idea that preferential screening of either condition when the other is diagnosed might be a very good idea.