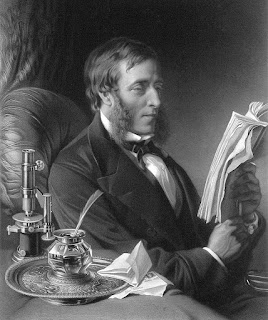 "We further show that the children with ASDs [autism spectrum disorders] in which the elevated serum IL-6 and TNF levels decreased at the end of the treatment period with a luteolin formulation, were the ones whose behavior improved the most."

That was an excerpt from the paper by Tsilioni and colleagues [1] (open-access available here) who looked at some of the potential biological (and behavioural) effects following supplementation with the dietary formulation known as NeuroProtek® [2] containing the flavonoid luteolin. Piggybacking on a previous open trial of luteolin [3] in relation to autism, authors report on levels of various serum cytokines between baseline and post-intervention as well as versus control specimens.

Levels of IL-6 (interleukin 6) and TNF (tumor necrosis factor) were reported to decrease in the autism group (N=38) following supplementation. Further, authors report on "two clusters of ASD children with low and high serum IL-6 and TNF levels indicating two subgroups." Specifically for those children with autism with higher values (n=10), they reported some interesting changes in scores on the Vineland Behavior Scales (VABS) suggesting that: "these children gained 9.73 months in the communication domain, 6.64 months in daily living skills and 8.09 months in the social domain."

These are intriguing results. Accepting the relatively small participant group and the open-trial methodology of the original study from which biological samples were derived, it strikes me that there may be quite a bit more to see from luteolin and related compounds when it comes to at least some autism. I'm not on this occasion going to focus too much on the cytokine results discussed by Tsilioni et al because I think there is more than enough peer-reviewed evidence implicating these various chemical messengers in at least some aspects of some autism (see here). I do think it is interesting however that the authors suggest that analysis of compounds like IL-6 and TNF might be one step towards looking for potential best responders to this type of intervention. Indeed, 'response to intervention' is something I'd like to see discussed a little more when it comes to teasing apart the different types of autism (see here).

I have mentioned luteolin previously on this blog (see here) and the link back to one or two of the authors on the Tsilioni paper including Prof. Theoharis Theoharides (he of mast cells and autism fame). "Luteolin is structurally closely related to 7,8-dihydroflavone, which was shown to have brain-derived neurotrophic factor (BDNF)-like activity" is one of the ways that the authors put forward as potentially being explanatory of their results, bearing in mind how 'mixed up' BDNF is when it comes to autism (see here). That and proposals for delivery via "intranasal administration" tapping into the rise and rise of pharmaceutical technology (see here) and I think we're going to be hearing quite a bit more about luteolin-containing preparations and autism in future research times...

Music: Sons of Pitches and a rather interesting version of MMMBop (in 10 genres).

[3] Taliou A. et al. An open-label pilot study of a formulation containing the anti-inflammatory flavonoid luteolin and its effects on behavior in children with autism spectrum disorders. Clin Ther. 2013 May;35(5):592-602.