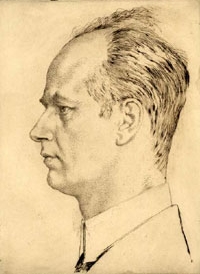 My attention was grabbed recently by the paper published by Jon Kaiser [1] (open-access available here) detailing the results of a 'proof-of-concept investigation' examining the use of something called KPAX002 on a small number of participants diagnosed with Chronic Fatigue Syndrome (CFS).

Looking at how KPAX002 - "a combination of low-dose methylphenidate hydrochloride and mitochondrial support nutrients currently under development by K-PAX Pharmaceuticals" - impacted on fatigue symptoms and "concentration disturbance" symptoms, Kaiser reports that there may be more to see from this preparation.

Indeed, after 12 weeks of use: "Treatment with KPAX002 was well tolerated and significantly improved fatigue and concentration disturbance symptoms in greater than 50% of patients with CFS." Further information about the current (and future) trial results can be found here including details on the Synergy trial (see here and see here) representing the next step in the research process. I  might also draw your attention to an interview with Dr Kasier here (thanks to Russell for the link).

Before progressing further, I should perhaps comment on a few methodological issues to bear in mind. This was very much an observational 'pilot' study over and above a thorough clinical trial. Participants knew that they were taking KPAX002 and when it came to scoring behaviours over the trial period, this was done using subjective instruments without any objective representation. That no control group was employed (either asymptomatic nor CFS taking a placebo) should be noted. Also slightly unusually, in the section titled 'Disclosure of conflict of interest' on the paper, the words 'none' appears although in the discussion section, Dr Kasier elaborates that: "as a current employee of K-PAX Pharmaceuticals, the author may be viewed as biased toward the success of this treatment."

Such issues aside, I'm interested in this formulation and findings reported. I was not aware that methylphenidate, more typically indicated as a management option for attention-deficit hyperactivity disorder (ADHD), was something 'suggested' for CFS. Kaiser does make reference to the findings reported by Blockmans and colleagues [2] who reported that under placebo-controlled conditions: "Methylphenidate at a dose of 2 x 10 mg/day is significantly better than placebo in relieving fatigue and concentration disturbances in a minority of chronic fatigue syndrome patients." Various other studies looking at the issue of 'fatigue' attached to various other diagnoses have utilised methylphenidate with varying degrees of clinical success.

The 'mitochondrial support nutrients' included in the KPAX002 preparation are a little more familiar to me. Covering 30+ additional vitamins, minerals and other nutrients including acetyl L-carnitine and N-acetylcysteine, I was interested in the possibilities here. Mitochondria and CFS is a topic that has cropped up on this blog before (see here) in light of the findings from Sarah Myhill and colleagues [2]. As a point of note, Dr Myhill's book 'Mitochondria, Not Hypochondria' received something of an accolade at the recent British Medical Association (BMA) book awards suggesting that views might be changing in this area of the CFS landscape. Although quite a bit more research is required on the topic, mitochondrial issues in relation to CFS is something of a research growth area [3].

Reiterating that the current Kasier results should be viewed with methodological caution, it will be interesting to see what becomes of KPAX002 in relation to [some] CFS. As a point of note, Kaiser also has another entry on the US ClinicalTrials.gov database for KPAX002 in relation to an equally mystifying condition: Gulf War Syndrome (GWS) on the basis of a "high degree of symptom overlap" between CFS and GWS. No doubt KPAX002 will be gracing this blog again in future...