Gut bacteria profiles in children with autism and asymptomatic siblings 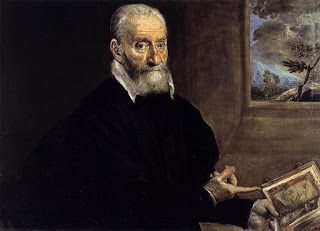 As quite an avid follower of the idea that the gut microbiota might be a place to look when it comes to autism research (see here) I was intrigued by the lack of significant differences reported by Son et al based on the examination of 59 children diagnosed with an ASD and 44 'neurotypical' siblings recruited via the Simons Simplex Collection / Interactive Autism Network collaboration. I've highlighted neurotypical by the way, because I personally find this description to be a little problematic (see here) in terms of the assumptions made about autism and not-autism in rather too sweeping a fashion. Hands up if you think you are 'neurotypical' or not...

Anyhow, participating families were initially asked to "complete the Pediatric ROME III Version (QPGS-RIII), the GI symptoms form in the Simon Simplex Collection Medical History (v 4.0), the Child Behavior Checklist (CBCL/6-18), a one-week food diary for the ASD proband and/or the NT sibling prior to collecting a fecal sample, and provide current information on the child’s height and weight." That stool sample by the way, was collected when children were off antibiotics or probiotics for at least one month, accepting that such formulations can seemingly have much longer term effects.

Stool samples were analysed according to two protocols: (i) quantitative PCR (qPCR) for targeted bacterial subgroups - that is looking for genetic signatures of specific families of bacteria on the basis of previous reports, including Sutterella among others (see here), and (ii) a less targeted 'fecal bacterial profile' also looking at the diversity in gut bacteria between the groups.

Interestingly, and in contrast to to some other research, there didn't seem to be very much the way of group differences to see between the autism and asymptomatic sibling controls. The lack of Sutterella findings are particularly interesting given the independent data from Williams and colleagues [2] and Wang and colleagues [3] examining this species. I should however highlight the differences between the Williams method of sample collection (intestinal biopsy) and the Son method of collection (stool sample) that may be a factor in any disparity. Williams also based their information on those children specifically with autism and GI issues too; something which might be important to discussions in the next paragraph or so.

"An alternative explanation for why a study comparing ASD children with NT siblings did not replicate differences reported between ASD children with unrelated controls, is that NT siblings of ASD children have altered microbiomes compared to that of unrelated children." The lack of an asymptomatic, unrelated control group is a weakness of the Son findings as it is in other related research. Aside from all that chatter on the broader autism phenotype (BAP) potentially being a feature of at least some familial autism (see here) coinciding with the issue of shared genetics (see here) in some cases, one must realise that these were siblings sharing quite a few of the same aspects of environment too, and onwards what impact that might have had on gut bacteria.

In amongst the various 'lack of significant difference' variables reported, there were a few important differences noted among the groups and sub-groups. So: "Functional constipation was more prevalent in ASD (17 of 59) compared to NT siblings." On top of the volumes of other peer-reviewed research that has come to the same conclusions - functional bowel issues are over-represented when it comes to a diagnosis of autism - this reflects further evidence for the need for lots more investigations in this area in terms of other possible behavioural/somatic connections (see here) and any role for more pathological bowel states (see here).

Also: "The mean CBCL scores in NT siblings with FGID, ASD children with FGID and ASD without FGID were comparably higher... when compared to NT children without FGID." I draw back from suggesting that these observations solely point to a role for functional bowel issues on the "emotional, behavioral, and social problems" measured by the CBCL because further examination is required on this matter. The fact that the Son study criteria excluded children with "a past or current history of GI diseases or other serious medical problems" kinda limits what might be said in the same way that the recent Hyman results on the gluten- and casein-free (GFCF) diet for autism did so for that area of study (see here). I don't know if it might be time to start thinking more about autisms over autism and more inclusion of comorbid issues in such research areas.

This isn't the first time that 'no significant differences' have been noted when it comes to autism and the gut microbiota (see here) and I doubt that it will be the last time. Much like the other branches of autism science, there probably isn't going to be one specific factor (genetic, epigenetic or biological) that describes all autism from all 'not-autism' and that goes the same for gut bacteria too. What perhaps I do think we have to focus more on in this early years discipline are issues such as gut bacterial diversity (see here) and how that might fit say, into certain types - endophenotypes perhaps - of autism. Whether age and developmental history (including infancy antibiotic history) also might play roles are questions as yet unanswered (Son et al relied on participants aged 7-14 years); as is the idea that diet might play a role in the balance of gut bacteria that predominate (chia seeds are mentioned in the current paper as a potential variable linked to certain bacterial strains but what about a GFCF diet for example?). Also whether as part of the new biological triad : gut bacteria, intestinal barrier function and mucosal immunity potentially relevant to some autism, there may be more to see by expanding the range of variables under study including a possible role for yeasts [4]...

Music: New Radicals - You Get What You Give.