Reduced rumination and aggressive thoughts from a probiotic? 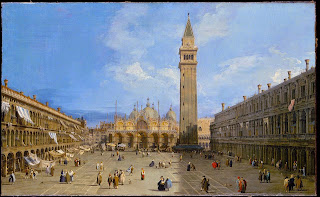 I've taken my time to come to discussing the findings from Laura Steenbergen and colleagues [1] (open-access) providing "the first evidence that the intake of probiotics may help reduce negative thoughts associated with sad mood." It's not that I didn't find such results to be really interesting and having potential for quite a few different areas of psychiatry, but rather that other blogging topics have popped up in the meantime. No mind, we're here now.

Based on a growing evidence base suggesting that those trillions of wee beasties which call our gastrointestinal (GI) tract home might be doing so much more than helping us to digest our food and produce the odd vitamin or two [2], Steenbergen et al set about looking at whether probiotic supplementation "may reduce cognitive reactivity in non-depressed individuals." Just in case you need further explanation about what was being tested, we are told that: "Cognitive reactivity refers to the activation of dysfunctional patterns of thinking that are triggered by subtle changes in mood, such as ruminative (e.g., recurrent thoughts about possible causes and consequences of one’s distress), aggressive (e.g., to think about hurting others or oneself), hopelessness (e.g., loss of motivation and expectations about the future), and/or suicidal thoughts (e.g., to think that one’s death is the only way to end the suffering)." The probiotic under examination was a mixture called 'Ecologic®Barrier' - "a multispecies probiotic containing Bifidobacterium bifidum W23, Bifidobacterium lactis W52, Lactobacillus acidophilus W37, Lactobacillus brevis W63, Lactobacillus casei W56, Lactobacillus salivarius W24, and Lactococcus lactis (W19 and W58)." This is also not the first time that this preparation has been looked at by some authors on the Steenbergen paper either [3].

Using a "triple-blind, placebo-controlled, randomized, pre- and post-intervention assessment design" - triple blind meaning that group allocator, participants and outcome assessor were all blinded as to whether participants were given Ecologic®Barrier or a placebo (maize starch and maltodextrins) - researchers examined data for two groups of young adults (approximately 20 years of age) allocated to either probiotic (n=20) or placebo (n=20) over 4 weeks. All participants were described as 'healthy' with "no reported cardiac, renal, or hepatic conditions, no allergies or intolerance to lactose or gluten, no prescribed medication or drug use, and who reported to consume no more than 3–5 alcohol units per week participated in the study." They were also all non-smokers. Also: "No information was provided about the different types of intervention (probiotics vs. placebo) or about the hypotheses concerning the outcome of the experiment." Mood and "dysfunctional thoughts" were assessed pre- and post intervention/placebo using the Leiden Index of Depression Sensitivity (LEIDS-r), the Beck Depression Inventory II (BDI-II) and the Beck Anxiety Inventory (BAI) and off they went.

Results: bearing in mind that "cognitive reactivity is an important vulnerability marker of depression", authors reported that "a 4-week multispecies probiotic intervention reduced self-reported cognitive reactivity to sad mood, as indexed by the LEIDS-r." Specifically, scores on the rumination and aggression scales seemed to be most positively affected "indicating that in the probiotics supplementation condition participants perceived themselves to be less distracted by aggressive and ruminative thoughts when in a sad mood." Various other parameters also seemed to be affected by probiotic administration but these did not reach statistical significance.

Just before however you rush out to buy a probiotic with the hope that your mood might be lifted and your ruminating somehow quashed, there are a few important caveats to note about the Steenbergen findings. First and foremost is their quite small participant group who were self-reporting. Self-report is a good tool when it comes to analysing a person's psychology, thoughts and feelings but is very dependent on the schedule used and how it 'grades' something like rumination or aggression. Normally, these are done in the form of statements and a Likert scale. The Steenbergen study did not rely on other 'objective' measurements.

Second: "we did not include dietary measures and did not control for consumption of other probiotic products or fermented foods (e.g., yogurt)." From that point of view, we don't know whether simple dietary changes might also have exerted some effect on the results obtained. Indeed, whether illness or even natural biology - "Female participants were not controlled for the menstrual cycle" - might also have affected results bearing in mind that most participants were female.

Finally is the issue of compliance and the lack of objective data on who actually stuck to the 4-week regime and how rigidly. By saying all this, I'm not trying to poo-poo the results, just highlighting limitations.

Still with those caveats in mind, the Steenbergen results are a potentially important addition to the idea that gut bacteria might have some interesting effect on psychology (psychobacteriomics as I like to call it) as per the recent JAMA review [4]. Whether there may be wider implications for the current results, perhaps overlapping with other research suggestions about probiotic administration and psychology/behaviour (see here) remains to be seen. Further inspection of the potential mechanisms of effect including the gut microbiota as part of the triad of gut barrier function and gut immunity are also indicated bearing in mind previous data on something like depression and the inner workings of the gut (see here).

Oh, and I'll be coming to the paper by Lisa Christian et al [5] on gut bacteria and toddler temperament quite soon...